Sofia Vergara is 'a nightmare' bride

Sofia Vergara thinks she is ''beyond'' a bridezilla and admits she is ''like a nightmare'' when it comes to organising her upcoming wedding. 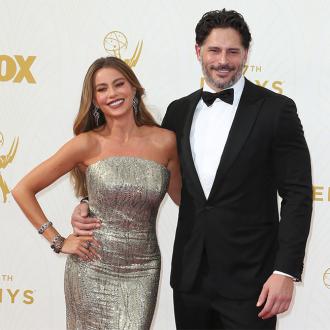 Sofia Vergara says she is ''beyond'' a bridezilla.

The 'Modern Family' actress, who is set to marry fiancé Joe Manganiello in Miami in November, admits she is ''like a nightmare'' when it comes to organising their wedding because she is ''very detail-orientated.''

Asked if she has become a bridezilla, she said: ''I think I am beyond that.

''I am very detail-oriented so I am kind of like a nightmare. I have a very good memory. If you show me swatches of things, I can in two months exactly remember, 'What happened with the one with the little border that had the little print?' I'm like, really bad.''

But the Colombian star, 43, is trying to leave most of the work to her ''great party planner'' Mindy Weiss and says Joe, 38, is much more relaxed about everything.

She told 'Good Morning America': ''He's a pleasure to be doing this with. He lets me do whatever I want. I show him options that of course I already want and I'm happy with, so whatever he's going to pick I already like.''

Sofia is still waiting for her custom-made wedding dress to arrive.

She explained: ''I know who's making my dress, but it's not ready. They're making it far away so we'll see what happens when it arrives and I'm very excited. But we're almost ready.''

While their plans are coming along well, the couple, who got engaged in December after six months of dating, almost decided to elope.

But Sofia added: ''My family started having seizures and heart attacks, complaints and emails with bad words. They wanted a party. They needed a party. The last party I did was when I was turning 40 so it's been like three years so they wanted something.''