Anticon, the alternately celebrated and derided indie-rap collective of which Sole was a founder member and key musical contributor, have a lengthy mission statement on their website. It's an impassioned summary of their aesthetic; it's principled, and it's disdainful. It ends with the following sentence: 'Suffice it to say it is 2004, and we find ourselves in the half-twenties of strange lives, in the middle of a unfathomable world, and we are grateful for company: future friends, listeners, and artists alike'. In a way, it's a sentence that clarifies Sole's decision to leave Anticon prior to the release of this album. It's no longer 2004, he's no longer in his mid-twenties, and he doesn't sound like he much to be grateful for on Hello Cruel World. 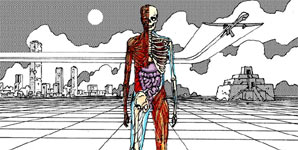