Sondre Lerche's self titled release is the 6th album from the acclaimed 29 year old Norwegian singer-songwriter. Said to contain a "Raw, spontaneous, instinctive and heartfelt sound" it also deals with more confrontational issues. It was written in, and quite obviously influenced by, New York. This is quite an American record, in both overall disposition, lyrical complexity and uncluttered, vocal heavy, arrangements. You could substitute Ben Folds into many of the tracks here and he wouldn't be at all out of place. This is the America of Woody Allen, Frasier and John Steinbeck not Bo Duke, Weird Al (Although Ben has worked with him!) or Jack Ass. 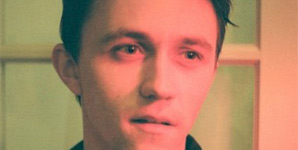 If words are your thing, and delivery, tune and hooks play a secondary role then you've probably already discovered the lyrical delights of Mr Lerche. If not this record is not a particularly welcoming place to start. There is little immediacy in any of the 10 tracks, too few catchy sequences that lodge in your head and it lacks a certain piece of individuality to set this record aside from many others. It is not often that I would advocate such behaviour from the off-set but here you start to think that some of these songs would be best sung by someone else from an entirely different perspective.

When some of the content is lost because the songs start to wash about you begin to tire of the arrangements to which they are set. This is a shame because there are some fabulous lines that you could easily miss. You could pick from a high percentage on the album, but this is from 'Domino'...

"You weren't always a clean bill of health,
Tried to convince me and then convinced yourself.
Started sporadically, now it's tradition.
To find yourself south of the border,
And in your condition."

As well as the lyrical highs there is the string accompanied beautifully harmonised Beatle esc best track on the album, 'Coliseum Town'. A seemingly deliberately out of tune on 'Red Flags' and a trying far too hard to be clever 'Never Mind The Typos'. 'Living Dangerously' and 'Tied Up To The Tide' show a kind of Conor Oberst meets Elvis Costello approach to the art of song craft but neither succeeds to connect sufficiently. 'When The River', the last track, does address many of the flaws on his latest album. It is a more accessible track. It is slightly more commercial. It is a more obvious song that lets you in and lets you appreciate its quality upon first hearing, unlike its predecessors.

Sondre Lerche could be (is to many) a very accomplished song-writer. The problem is his songs don't lend themselves to my ear. If it's going to be that difficult to get to like, how long do you give it? Is it going to be worth the wait, and is it going to mean I might miss something better? Do I have that much time to spare? No. "I do not attempt to deny that I think very highly of him, that I greatly esteem him" however, Sondre's voice, or songs, just don't do it for me, not in their present format anyway.

Sondre Lerche - Days That Are Over Video