With distinctively moody male and female vocals singing together in harmony over a foreboding minimal accompaniment, 'Silver Spell' kick starts Sons & Daughters' fourth album exactly as they mean to go on. Other than the striking, slow-paced bass drum pound and a high pitched synth drone underpinned by a bass synth line, the instrumental blend of the opening track remains stark, frosty and empty, later cutting to purely the simple pounding drum part and maintaining a menacing, evil feel throughout. The accompaniment again remains minimal and largely dominated by drums and bass throughout 'The Model'; this solid back line is merely punctuated by guitar rather than a constant chug of harmony, and above their stark musical ground Adele Bethel takes the lead vocal with Scott Paterson providing backing vocals during later choruses. Just as in previous material, throughout Mirror Mirror Sons & Daughters blend simple vocal melodies underpinned by minimal drum and bass parts to create a moody, indie rock vibe.

There's a menacing swagger to the bass and guitar lines flanked by determined, forceful drums during 'Breaking Fun' which, like the tracks that preceded it, also has a strong and stomping beat beneath simple vocal melodies that are also interjected by machine gun-like electronic sounds. 'Orion' then continues with the same low and moody instrumental drive that entirely contrasts the delicacy of Bethel's high pitched vocal that brings to mind flavours of Yeah Yeah Yeahs, it's just that Sons & Daughters lack that distinctive melodic strength and instead base their tracks on minimal chord progressions which are repetitive even barely half way into the album. 'Don't Look Now' is again led by a gruff and biting bass and guitar riff that initially captures the determination and swagger of Queens Of The Stone Age but soon washes into a blend of samey indifference and is marred by the same repetitive and perhaps self-indulgent monotony. Sons & Daughters glimpse that kind of Franz Ferdinand-esque catchy guitar riffery that could be pulled off into several strong offerings but instead they are massively diluted by repetitive harmony and a lack of distinctive vocal melody. 'Ink Free' opens with both a bass guitar and bass synth line sounding simultaneously underpinned by a pounding bass drum; a blend which continues beneath atmospheric whispered vocals. Whilst the harmony begins to move more into the chorus, the vocal melody lacks worthwhile development. 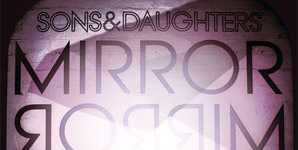 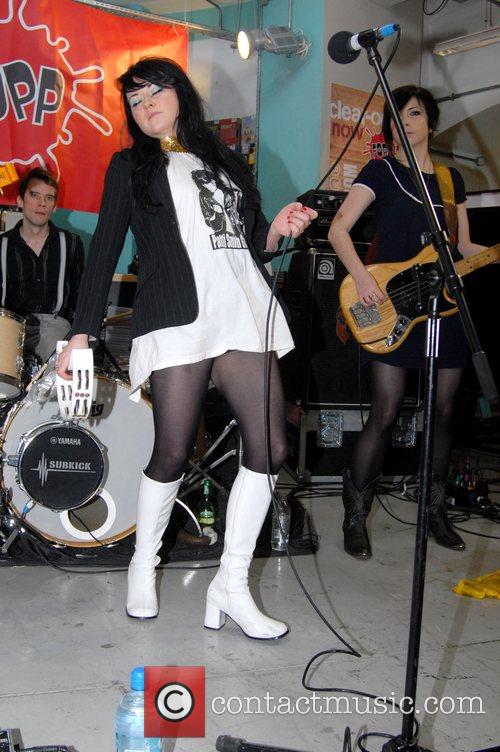 By Nick Kearns in Music Reviews on 14 November 2007 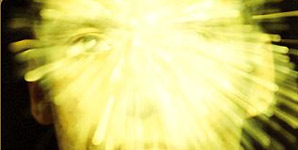 They say that the people in Glasgow are so hard they can make folk music sound mean and menacing. Well, wouldn’t you know it? It is true as far as this mixed gender, Glaswegian quartet is concerned, but they also manage to make it compelling and thought provoking at the same time. The feisty vocals of Adele Bethel and the captivating Proclaimers style narrative singing of Scot Patterson, blend in with the crisp post rock with an undertone of folk instrumentals to make Sons and Daughters the bold and colourful quartet that you cannot ignore. Drummer David Gow kindly loaned us some of his time prior to embarking on a headline mini UK tour with S & D; to talk about their debut mini album ‘Love The Cup’ and what it is like to be four humble Glaswegians.