Bush Dropped Out Of Afghan Trip After Bin Laden's Death 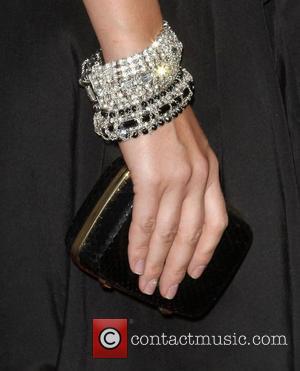 Sophia Bush was forced to pull out of a trip to Afghanistan following the death of Osama Bin Laden amid fears the al-Qaeda leader's devotees would mistake her for former U.S. president George W. Bush's daughter.
The One Tree Hill star had planned to make a trip to Kabul with her journalist pal Karen Day for a week to meet soldiers and talk to local women who are fighting for equal rights in the region.
But after terrorist boss bin Laden was shot dead by U.S. special operatives last month (May11), Bush was forced to cancel after being warned her surname made her a target in the war-torn Middle Eastern country.
In her blog for MarieClaire.com, she writes, "As threat levels in Afghanistan skyrocketed, my plans to travel there hit a wall. One military worker explained it to me this way, 'A 20-something brunette girl whose last name is Bush probably shouldn't be heading into Kabul right now. If they think you're the former President's daughter, you'd make quite a target for them'. The sentiment was unanimous: I should not travel into Afghanistan until the dust settles.
"So, Karen and I hatched a new plan. She was still going - she had been there many times before and wouldn't raise any suspicions by going back. And her passport doesn't bear an unfortunate political surname, the way mine does. (For the record, my dad is from Canada, and I am in no way related to President Bush)."