Bush Opens Up About Shooting Tragedy 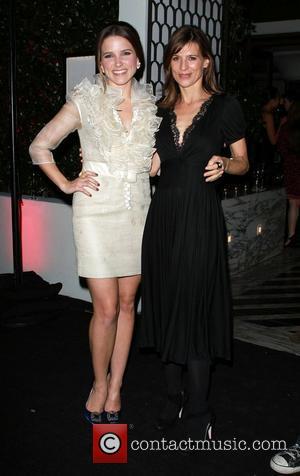 Actress Sophia Bush was horrified to learn about the fatal shooting of her young cousin in Arizona on Saturday (08Jan11), because she had been eagerly anticipating a visit to see the youngster and her family.
Jared Lee Loughner is alleged to have embarked on a shooting spree at a political event in the state, killing nine-year-old Christina Green and five others, as well as seriously injuring congresswoman Gabrielle Giffords, who is in a critical condition in hospital.
Bush was devastated when she heard her second cousin Green was among the victims, and she opened up about the tragedy during an appearance on U.S. talk show Chelsea Lately on Monday (10Jan10).
She says, "It's been, I think, a lesson more than anything for me and for my family that life is incredibly short.
"I remember hearing when she was born and it's distant family but we had always planned on going to visit them and see her because I hadn't seen them since her mother's wedding, and now we can't.
"You've gotta take every day and you've gotta tell the people you love that you do. And I think it's also really important for all of us to take a step back."
Loughner appeared in a Phoenix, Arizona court on Monday (10Jan11) to face a number of charges in relation to the attack. He was held without bail and is due back in court on 24 January (11).