Pregnant Sophie B. Hawkins Harbouring Doubts About New Motherhood At 50

Pregnant Singer/songwriter Sophie B. Hawkins Still Has Doubts About Becoming A New Mother At The Age Of 50 As She Prepares To Give Birth To Her Second Child. 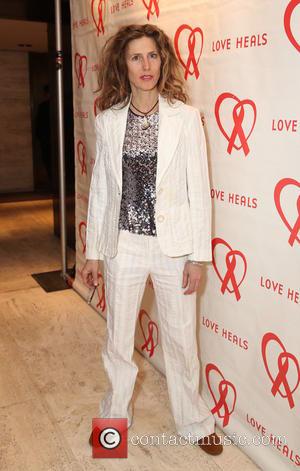 The Damn I Wish I Was Your Lover hitmaker is due to give birth next week (begs06Jul15) after undergoing fertility treatment using an embryo she had had frozen almost 20 years ago - and she admits her second pregnancy has been smooth, considering the fact she's a middle-aged mum-to-be.

She tells U.S. breakfast show Today, "(My doctor) said I'm the healthiest pregnant woman. I could have been 30 and had a lot more problems. At 50, I have no problems."

However, that doesn't mean Hawkins isn't worried about how she'll cope with life as a single mum to a new baby girl, which her six-year-old son Dashiell has already nicknamed Bubblegum.

She explains, "Dashiell... has his own relationship with this child. It's me who's a little blocked (worried). And that's just, you know, fear. And it will end the minute she comes out, I believe."

Hawkins recently dismissed rumours linking her romantically to longtime friend ROSIE O'DONNELL, but she insists she's open to a new romance, adding, "I do have a dream about a great love."

Hawkins entered a domestic partnership with her manager Gigi Gaston in 2008, but they filed to end the union last year (14).

Pregnant Sophie B. Hawkins Harbouring Doubts About New Motherhood At 50

Sophie B. Hawkins - As I Lay Me Down Video