Former Bond Girl Sophie Marceau Became The Talk Of The Cannes Film Festival For All The Wrong Reasons On Friday (15may15) After Suffering A Wardrobe Malfunction On The Red Carpet On Thursday Night (14may15). 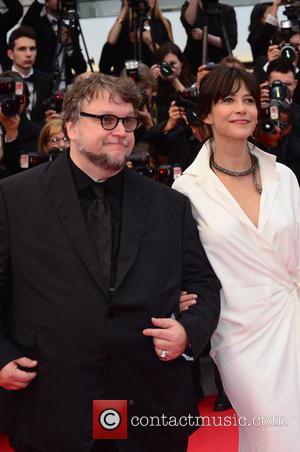 Picture: Sophie Marceau and Guillermo Del Toro - A host of stars were snapped as they took to the red carpet for the 68th Annual Cannes...

The French actress, who is a judge on the festival jury, accidentally flashed her underwear as she hitched up her dress to avoid tripping on steps.

This year's garment gaffe wasn't as embarrassing as The World is Not Enough star's slip-up at Cannes in 2005, when a dress strap slipped off, exposing one of the star's breasts.

After wishing I could claw my eyes out through "How to Lose a Guy in...