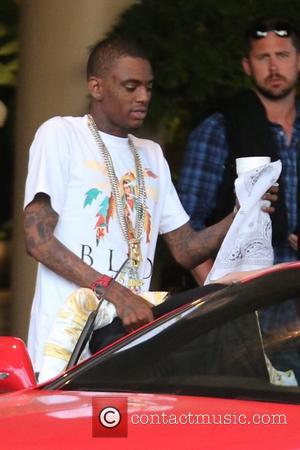 Rapper Soulja Boy is single again after splitting from his girlfriend Nia Riley.

The Crank That (Soulja Boy) hitmaker declared he was no longer in a relationship on Thursday (23Oct14), when he took to his Twitter.com page and suggested Riley, the daughter of R&B veteran Teddy Riley, had not been there for him when he needed her.

In a series of tweets, the 24 year old wrote, "All I want is a girl that's loyal and here with me most of the time. It's that too much to ask for... If you're not gonna be around why even be in a relationship...

"No matter how much you do for a person it's never enough."

He then announced, "I'm single" and even went so far as to post his cell phone number to encourage girls to call him.

He subsequently deleted the private information and has since changed his number, asking friends to reach out to him online for the new contact details.

Soulja Boy's love split comes just two weeks after he asked fans to pray for Riley and their daughter Kamryn after they were involved in a scary car accident. Riley and Kamryn were not seriously injured.