Review of Telephantasm Album by Soundgarden

When Chris Cornell tweeted about 'The Knights of the Sound Table' riding again last new year's eve, a palpable air of excitement arose from the fan base of one of the most overlooked, but arguably most seminal and important band of the grunge era. The bar for grunge reunions has been set fairly high in recent years, with lengthy tours and successful new albums by bands like Alice In Chains, Stone Temple Pilots and Hole. Unfortunately, thus far, Soundgarden have been unable to live up to the standard set by their peers, having played only a handful of shows and releasing Telephantasm, their second compilation in a row, after 1997's A-sides. 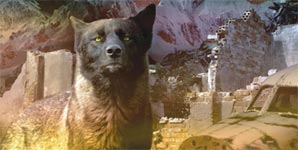 The cash-grabbing nature of this reunion is demonstrated by the release of Telephantasm - as a companion to the latest instalment of the Guitar Hero franchise. As well as this, there are a few different versions of the album available: the standard one disc edition, a deluxe edition with two CDs and a DVD, and a super deluxe edition which couples the regular deluxe edition with three heavy vinyl discs and more in deluxe packaging. Of these, the standard edition suffers the most, as Soundgarden simply have too many great songs to fit on one disc. Their early career is largely ignored on this version with only two songs from the pre-Badmotorfinger days. There is no Jesus Christ Pose, Pretty Noose or Flower. The collection leans heavily on the singles from Superunknown.

Having said that however, you really cannot fault the music that is on show here: You get the raw power and brutality of Outshined and Birth Ritual, as well as the more trippy side of Soundgarden with Black Hole Sun and Blow Up the Outside World. Even the 'new' song on offer here - Black Rain - a Badmotorfinger outtake contains a monster riff and stands up with most of the bands more widely known catalogue.

Certainly Soundgarden were (or are, depending on your view of this 'reunion') an important band whose legacy deserves to be remembered, but this collection seems ultimately pointless. It will be interesting to see how this reunion develops with the promise of a B-sides collection and the possibility of further one-off shows.