Friday night had so much going on with a fantastic performance from the beautiful Lynn Lockamy, who transfixed the crowd with some great soulful house numbers in The Powerhouse. An amazing gig from MK, Terry Hunter and special house set from Carl Cox. Some quality sets in The Beat Bar from Alexander Nut, Floating Points, MCDE, Osunlade and Tall Black Guy. A great performance from Fatima & The Eglo, showing flair and sassy style that warmed the hearts of the Southport crowd. The Funkbase was firing with regulars; E Double D, Schooly, Steve Wren , Ronnie Herel and also Spinderella, DJ Spoony and Mistajam playing some brilliant sets.

Top marks for the schedule this year that kept the enthusiasm up for sure. The addition of the Suncebeat & Funkbase Dome as well as the quality sets at Inn On The Green truly provided some nice treats since the switch to Minehead. The presence of residents such as Kev Beadle, Phil Asher, Bob Jeffries, Terry Jones, Lil Stevie, Paul 'Trouble' Anderson, Gavin Kendrick, Steve Butler, Bigger and Andy Davies were really felt at this one.  Of course, the 50th was going to be special but they really are the glue that brings the whole atmosphere together. With other upcoming artists such as Ben Brophy, Souldynamic, Sean Mcabe, Mark Stone, Luis Radio and Martin Lodge all making an appearance, the legacy continues on with this enthusiasm and love of soul music. For many punters, Exist, featuring Atjazz and Karizma in the Suncebeat Dome at the end of Friday night, really kick started the 50th into new forms, with a great performance of progressive sounds mixed with instruments to take us into the Croatian Sun.

Saturday 10th May 2014 will go down in history as a truly inspirational musical day in the history of Southport Weekender. Archie Bell & The Drells, the legendary 'Soul Session' performing live in the Connoisseurs Corner, delivered quality sassy funk that was perfect to get back in the swing of the weekender. The Funkbase absolutely smashed it starting with hip hop from Mr Thing and Shortee Blitz, and the sensational DJ EZ once again took the Funbase crowd to another level.  Andrew Ashong brought the soul blues guitar firmly into the mix, and it turned out to be an afternoon of great musicianship with some excellent harmonies and originality in the Beat Bar that provided more memorable moments. However, it was always witnessing Chaka Khan perform in the Skyline that was going to be everyone's highlight and it certainly delivered. An outstanding performance from Incognito with soul singing we rarely see to such a quality standard. They supported Chaka Khan to absolute perfection. Seeing her perform to the Souort Weekender crowd was legendary. She showed professionalism and grace and it was probably a unique experience for her, especially playing so early on in the day.

We were all buzzing at this point and all amped for the evening. For many, Snarky Puppy took professionalism and originality to a whole new level. Truly worthy of their Grammy award this year, Snarky Puppy are definitely ones to watch out for. Seeing Faith Evans was always going to be a standout moment for many lovers of soul at the 50th weekender, whose live performance also showed great poise, professionalism and love for the crowd. Zara McFarlane, Julie McKnight and Kerri Chandler Band with Friends (a one-off gig created especially for the 50th) truly made for a memorable Saturday night. Not forgetting the amazing DJ sets of Derrick Carter, Seth Troxler and The Martinez Brothers in The Powerhouse; Gilles Peterson, Ben UFO, Moodyman and Greg Wilson in The Beat Bar; Mr Scruff, Kenny Dope and Joey Negro playing sweet music in The Connoisseur's Corner; and JP, David Rodigan and Jazzy Jeff all in Funkbase. I would state it would be pretty hard to find anywhere in the world that could deliver as much quality as that in one night. Getting a sniff of DJ Diggz in the Funkbase Dome provided a unique snapshot of London style and experiencing a dance off, in one the friendliest environments in the world, was a special treat for this country boy.  Carl Cox's (Jazz Funk Set) in the Suncebeat was also class.

Walking up with little sleep on Sunday, I was so pleased I got the chance to see Brazillian Legend Marcos Valle whose sublime and effortless live performance of Bossa Nova and jazz was fantastic. This was a real gift that was felt by all and no one wanted him to leave the stage. Also, Jasper St. Company's live show in The Powerhouse was so special, displaying soulful vocals at their best which was a great way to end the weekender. However, there was more fun to be had from the Basement Boys in the Powerhouse with Martin Lodge, Luis Radio and Souldymanic performing later at Inn On The Green and not forgetting the popular After Parties. Jimpster, Rainer Truby, Lay-Far, Vakula, Jimpster, Frankie Feliciano, Miguel Migs feat. Lisa Shaw, JP and Trevor Nelson were all performing and certainly delivered on Sunday night.

Southport Weekender 50th was a fabulous weekend that absolutely lived up to the quality standard that continues the reputation of the festival being one of the leading music events in the world. For any institution to reach a 50th celebration is an outstanding achievement and rather than feeling nostalgic about it, leaving on Sunday felt more like a birthing of new shoots for the Southport Weekender family. With three more events to look forward to in 2014 and the fact that we are all still learning and growing, Southport Weekender is far from over.  It is testament to the weekender family to maintain such genuine integrity and passion for soul music and its continuation. Twenty seven years of commitment that has seen many changes in this span of time reveals this conclusion to me and that it's only just the beginning. Southport Weekender family, we salute you! 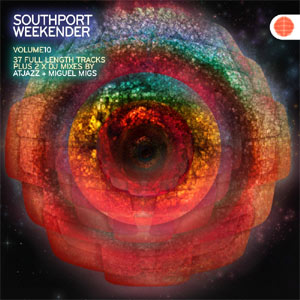 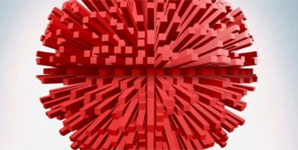