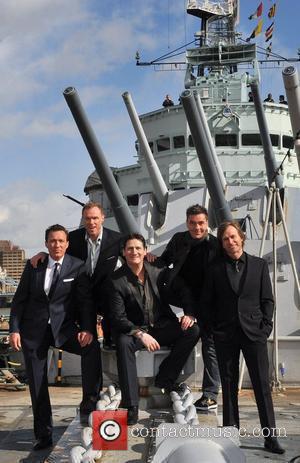 Spandau Ballet star Gary Kemp has dismissed accusations the 1980s hitmakers reunited because they were desperate for cash, insisting he wanted to relive the best days of his life.
In March (09), the once-warring Gold and True hitmakers announced they were to reform and embark on a world tour in October, prompting cynics to question their motives.
Rumours suggested the group's solo projects had dried up, forcing them to hit the road again for the first time since they split in 1989.
But Kemp, who enjoyed acting fame with parts in The Krays and The Bodyguard, is adamant the band's comeback is not driven by money.
He says, "It wasn't, 'Everything's failed, I might as well get back with the band.' It was this sense of, 'I'm 50, and they were, I can't deny it, the greatest moments of my creative life, and I'd love another go at it.'
"One of the reasons I wanted (us) to get back together was that I had no one to talk to about the greatest moments of my life."
And the star loves working with his bandmates again - because they have been pals since they were in their teens.
He adds, "Apart from my family, the closest people to me in the world are the guys in the band."