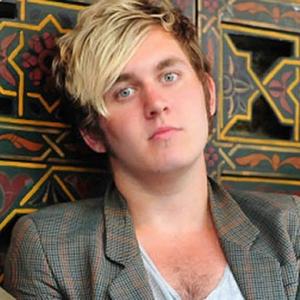 The musicians were part of an all star bill which came together to celebrate the frontman of electro pop band Ou Est Le Swimming Pool, who took his own life shortly after an appearance at the Pukkelpop festival in Belgium in August.

Tony closed the night with renditions of his band's biggest hits 'True' and 'Gold'.

Introducing him onstage, the evening's compare said: "This was a man who Chaz met over a garden fence when he was blind drunk, slurring the words of his greatest hit at him.

"And from there a Friendship formed."

All the artists featured on the bill were selected for their closeness to Charles by his bandmates and the night featured a number of poignant tributes.

Mr Hudson played his hit 'Forever Young' and 'Love Never Dies', his collaboration with dubstep producer Caspa. A special tribute to Charles was paid by a supergroup formed out of members of The Vaccines and The Horrors, who played covers of the Beach Boys' 'Wouldn't It Be Nice' and The Ramones' 'Baby, I Love You'.

She later tweeted: "Just got home after my 2 songs at CHAZZSTOCK... missing you Charlie, hope there's peace where you are!!!!! Just Dance The Way I Feel (sic)."

Other performers to play at the KOKO club in Camden - close to where Charles, who was only 22 when he died, lived - included Daisy Dares You, Tribes, Man Like Me and Kissy Sell Out.

A concertgoer told BANG showbiz: "It was a great night, with a nice balance between suitable tribute and party Atmosphere, it never got too soppy, which I reckon Charlie - who was always a party loving man - would have appreciated. He's sorely missed already."

All proceeds from the concert will go to mental health charity MIND.