The Spice Girls are in talks to create a joint tour with the Backstreet Boys in the US next year as they're afraid they won't sell out venues on their own. 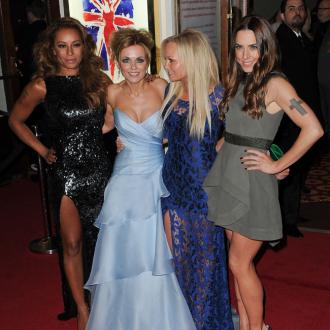 The Spice Girls are in talks to tour with the Backstreet Boys.

The 'Wannabe' hitmakers are planning a 20th anniversary reunion tour for 2016 and have been in touch with the boyband with the idea of doing a joint tour in the US.

Band member AJ McLean revealed: ''The Spice Girls tour has been this idea bounding around for the past year and a half and it's something we're still talking about.''

The idea was floated for the North American leg of their reunion series of shows as they are reportedly worried they may not be able to sell out venues on their own following such a long time away.

A source told the Daily Star newspaper: ''They were big but their success didn't last quite as long, so teaming with another big act is a way of booking bigger venues.''

Meanwhile, Mel B has confirmed the news Victoria Beckham will not be involved in the reunion tour but insists there's no bad blood between them because of her decision.

She told The Sun newspaper: ''Victoria has said she doesn't want to perform again, which is understandable. She fully supports the four of us because we might want to have another go. It's all very amicable.

''We're too old for cat fights and life is too short.''