The Spice Girls reunited to perform at the Closing Ceremony of the London Olympics tonight (12.08.12), which also included performances from Queen, Jessie J and George Michael. 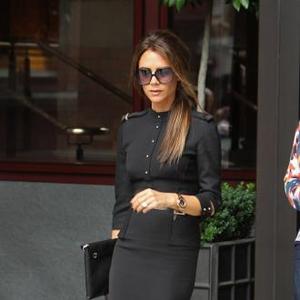 The Spice Girls reunited to perform at the Closing Ceremony of the London Olympics tonight (12.08.12).

The 90s girl band - made up of Victoria Beckham, Geri Halliwell, Mel B, Emma Bunton and Mel C - arrived individually on the top of five London taxis while belting out their hits 'Wannabe' and 'Spice Up Your Life' in the Olympic Stadium in Stratford, east London.

It was the first time the five-piece had performed together in over four years and was one of the most eagerly-anticipated parts of the Symphony of British Music section in the ceremony.

The section opened with Queen's 'Bohemian Rhapsody' rocking the stadium before a specially-made video of late Beatles legend John Lennon singing his classic 'Imagine' was played while a children's choir sang along inside the venue.

George Michael than gave his first performance since recovering from pneumonia last year by belting out 'Freedom' and new single White Light.

Kaiser Chiefs performed a version of The Who's 'Pinball Wizard' before a montage of David Bowie hits were played, which saw supermodels including Kate Moss and Naomi Campbell strut down a runway to his classic 'Fashion'.

Monty Python's Eric Idle had the whole stadium singing along with him as he sang 'Always Look on the Bright Side of Life', which included a segment of him joining in with a group of Bollywood dancers.

Following a video of the late Freddie Mercury singing to the crowd, his Queen bandmates Brian May and Roger Taylor took to the stage with Jessie J to sing 'We Will Rock You' to close the section.