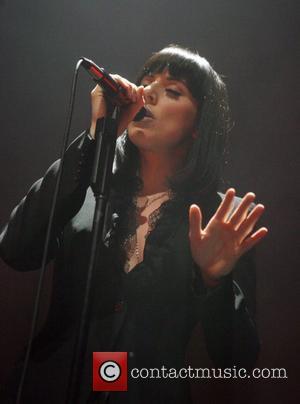 Picture: BECKHAM NO-SHOW FUELS SPICE GIRLS RIFT RUMOURS VICTORIA BECKHAM has fuelled rumours of a rift between her and the other SPICE GIRLS, by staying...

The director hired look-a-likes to fulfill the role, Danii Jensen played Ginger Spice, Allie Haze was Posh Spice, Baby Spice was played by Jessie Rogers, Misty Stone took on the task of Scary Spice while Sporty Spice was played by Dani Daniels. A spokesperson for the film said "It's just a bit of cheeky fun. We hope the Spice Girls will see the funny side." They have even offered to send copies of the film, which will be released next month, to the real Spice Girls. However, many people are predicting that the company will have a lawsuit on their hands.

In other news, the Spice Girl musical Viva Forever! which features the bands biggest hits premiers next week on the West End.