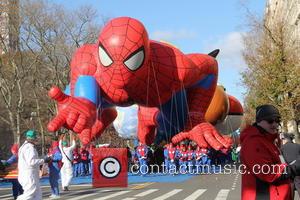 Spider-Man 3 star Topher Grace swung into action when his pal Jaime King announced she was about the become a mum - and agreed to serve as her surrogate husband in the delivery room.

King's director husband Kyle Newman was on location when the actress went into labour, and she had to call on friends Grace and singer Lana Del Rey to help her through childbirth.

The Sin City star tells People.com, "I was in labour for 26 hours and Topher was my surrogate husband... and Lana's, like, my sister; one of my best friends.

"They were seeing things you would never imagine friends would ever, ever, ever see. We turned it in to a slumber party - they slept on couches and chairs next to my hospital bed.

"Topher was really amazing. He was like, 'Ok, doctor, what are our options here? What is an epidural? What does it do? What’s the next step?'"

His efforts landed him a godfather role to five-month-old James Knight, whose godmother is King's Sin City co-star Jessica Alba.

She adds, "Jessica has always been a symbol of the perfect balance of motherhood and work. She’s so extraordinary and ordinary at the same time. We’ve been friends for such a long time that I knew if I ever needed anything for my son, she would mother my child the way she takes care of her own - and so would Topher."