Red Hook Summer: Spike Lee On The Battle Of The Blockbusters 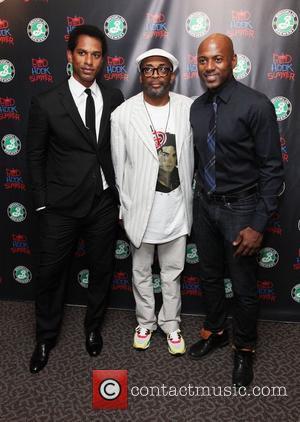 Unless you haven't heard yet, there's a global recession on. And Hollywood doesn't get a 'get out of jail free' card when it comes to global recessions. You'd be forgiven for thinking that the movie industry is impervious to financial distress, when you look at some of the gargantuan budgets that the big blockbuster movies are getting these days. But Spike Lee has given CBS News an insight into the troubles that scores of filmmakers are facing in Hollywood.
"Unless you're James Cameron, Spielberg, Clint Eastwood, Chris Nolan," he explains, "it's going to be very hard to get a movie financed. "It has nothing to do with black or white," he explained, in case people mistook his diatribe as having a racial motivation, "I don't care who you are, it's very hard to get a film made and the majority of films being made today are colossal, super effect, blowing up, flying through the air. I mean, I'm not condemning Hollywood. That's just how they're rolling now."
Spike is about to release his latest movie - the sixth in his Brooklyn series - 'Red Hook Summer' and he financed the movie himself. He's not bitter about the situation though and told reporters "I'm keeping it moving. I just made 'Red Hook Summer' and it's going out to the world." Red Hook Summer opens in New York, where it's set, today (August 10, 2012) before getting a full US release on August 24.