She's All That Reboot In The Works - Report

Actor/director Kenny Leon Has Reportedly Teamed Up With Spike Lee's Wife To Develop An Updated Remake Of Hit Romantic Comedy She's All That. 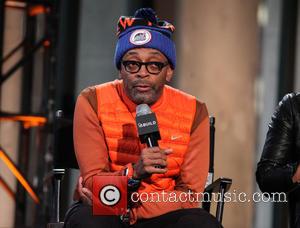 It also starred the late Paul Walker, Anna Paquin and Gabrielle Union, has become a cult romance in recent years, and now executives at the Weinstein Company and Miramax are seeking to reboot the film, recruiting Leon Tonya Lewis Lee to work on the project, according to TheWrap.com.

Studio bosses have yet to confirm the news, but Prinze, Jr. weighed in on the topic on Tuesday night (07Apr15) after a fan asked him to comment about the rumours on Twitter.

The upset devotee wrote, "You know, just Hollywood running out of ideas one more time. But what's new?", prompting the actor to respond by appearing to defend screenwriters' efforts, replying, "Tough for writers with original scripts."