Indeed, this is also the situation in 'Chi-Raq'; a woman (also named Lysistrata) forms a pact with her female peers to 'deny all rights of access or entrance' after the news of a child accidentally being killed during a shoot-out in Chicago's Southside hits headlines. Too many lives have been lost to men fighting for their reputations and it's time for change. The word spreads to women everywhere, including the dancers at the local strip joints, so Lysistrata's plan truly does begin to have an impact on the gun-toting gangsters of the city.

Watch the trailer for 'Chi-Raq' here: There's something of an air of Baz Luhrmann's 'Romeo and Juliet' to 'Chi-Raq'; in that it's an old story in a contemporary setting, that there appears to be two 'sides', the striking costume choices and, of course, in the resolute, unwavering, almost theatrical delivery. It also errs more on the side of tragedy than its original, choosing to focus more on the concept of peace and violence than feminism and sexual freedom. The campaign for peace in Chi-Raq begins

Oscar nominated Spike Lee, whose last major film was the 2013 re-make of the Korean thriller 'Oldboy', is at the helm of 'Chi-Raq', with Kevin Willmott ('C.S.A.: The Confederate States of America') joining him on the screenplay, but not everyone is pleased with his portrayal. Chicago officials have slammed the provocative nature of the title, despite it being a popular reference among residents of Southside Chicago. For crime rates truly are at an all-time high in the Illinois city. 'Chi-Raq' is coming this December 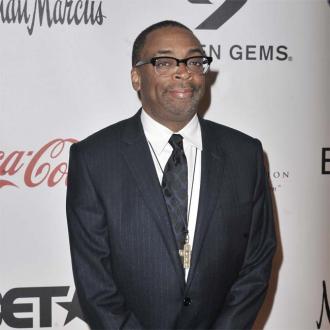 Spike Lee versus Chicago Intensifies After Street Party is Blocked