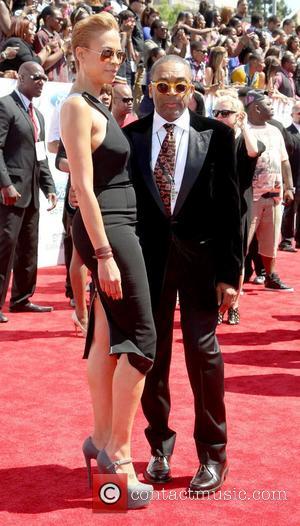 Director Spike Lee is set to release a new Michael Jackson documentary after stumbling upon a "treasure chest" of never-before-seen footage of his late pal.
The filmmaker is compiling vintage footage of Jackson recording his Bad album, which was released 25 years ago next month (Aug12), and shine the spotlight on tracks that didn't make the final cut.
Lee tells the Associated Press, "We have footage in this documentary that no one's ever seen, stuff that Michael shot himself, behind-the-scenes stuff. We had complete access to the vaults of Michael Jackson... He wrote 60 demos for the Bad record. Only 11 made it. So we got to hear a lot of that stuff, too, so it was just a great experience."
The movie will also feature interviews with Mariah Carey and Kanye West, among others, reflecting on their memories of the tragic hitmaker.
He continues, "We really divided it (film) into two things: Artists today who were influenced by Michael, and then people who worked side by side - musicians, songwriters, technicians, engineers, people at the label, who were all committed to Michael, to the follow-up to the biggest record of all time, which still is Thriller."
The project, which remains untitled, is slated for release later this year (12) and Lee hopes it will help fans get to know the late legend on a more personal level, adding, "He had a great sense of humour, and he was funny - so you'll see a lot of that stuff."