Spike Lee has secured the $1.25 million he required for his new movie. 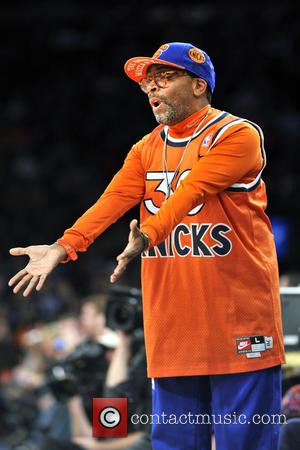 US film director Spike Lee has achieved his $1.25 million goal for his latest movie, on the crowd-funding website Kickstarter.

Tentatively titledThe Newest Hottest Spike Lee Joint, the movie is about "human beings who are addicted to blood. Funny, sexy and bloody.

Around 28 backers each paid $10,000 to sit next to Lee courtside at a New York Knicks basketball game.

Writing on Kickstarter, the indie filmmaker said: "I put my own money in my films.Indie filmmakers are always in search of financing because their work, their vision sometimes does not coincide with studio pictures.

I self-financed Red Hook Summer. My fee for Malcolm X was put back into the budget. The truth is I've been doing Kickstarter before there was Kickstarter."

As justification for his move into crowd-sourcing, the director pointed to other recent Kickstarter successes, including the $3 million raised by Scrubs actor Zach Braff for a sequel to Garden State and the $5 million raised for a movie adaptation of the cancelled Veronica Mars TV show.

Lee acknowledged critics who questioned the ethics of millionaire directors asking fans for money, though ultimately defended his campaign by saying: "This is another fallacy. The fact of the matter is I'm bringing exposure to Kickstarter, backers to Kickstarter who have never even heard of Kickstarter before."

He also responded to those critical of his decision not to disclose plot details about the project, saying, "It's a thriller. In order for a film of this type to work the less details the better. For this film to work with the audience, they can't know a whole lot before they sit down in a theatre to see it. What I can tell you is this. I have never made a film like this and it excites me very much. I'm doing a semi-genre film about addiction. These people are addicted to blood. However, they are not vampires. It's going to be sexy, humorous and bloody. To me that's a unique combination," he added.

Lee's latest movie is a remake of the Korean film Oldboy, starring Josh Brolin in the lead role.