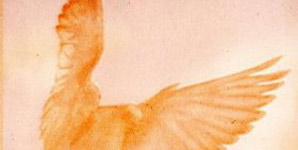 The video for Pigeon was shot by Max McCabe, who shot each band member separately against a green screen to achieve the glitchy effect.

Their debut album was recorded in a living room, by the band and mixed in a garden by world-renowned engineer Adrian Bushby (Muse, Foo Fighters). The first taste of which is the Pigeon EP released through Distiller Records on the 20th of February 2012.