Stacey Dash’s appearance during Sunday night’s Oscar ceremony may go down as one of the most cringe inducing moments in the history of the awards. Taking the stage to wish everyone a ‘Happy Black History Month’ no one quite knew what was going on or why Dash had even been invited. Now the actress turned Fox correspondent has released her own version of Jimmy Kimmel’s ‘Mean Tweets’ segment, to show just how much hate she received following Sunday night.

The joke appearance from the ‘Clueless’ actress fell flat during Sunday night’s ceremony.

Against the backdrop of the ongoing diversity debate in Hollywood, comedian Chris Rock did a stellar job of hosting this year’s Oscars ceremony. But one joke did fall noticeably flat at the Dolby Theatre last night, when actress Stacey Dash appeared to wish everyone a "Happy Black History Month!” Stacey Dash appeared at last night’s Oscars, but no one got the joke.

After addressing the diversity debate head-on during his opening monologue, Rock later brought out Dash, jokingly introducing her as, “the director of our new minority outreach program.” "I cannot wait to help my people out," Dash then said onstage. "Happy Black History Month!”

Continue reading: Most Awkward Moment Of The Night: Why Was Stacey Dash At The Oscars?

Union was quizzed over comments made by the Fox News correspondent last when week and responded with the ultimate shade.

Who is Stacey Dash? That’s what Gabrielle Union wanted to know when she was quizzed over comments made by Dash regarding the BET Awards. Dash is of course familiar to most as Dionne from 90’s classic Clueless, but these days she’s becoming more known for her work on Fox News, where she often appears a little clueless on important issues. Gabrielle Union wants to know, ‘who is Stacey Dash’?

Speaking on Fox News last Wednesday Dash said, “If we don’t want segregation, then we have to get rid of channels like BET and the BET Awards and the Image Awards, where you’re only awarded if you’re black.”

By Stephanie Chase in Lifestyle / Showbiz on 24 January 2016

Dash and BET have been clashing online ever since the actress said she wants to get rid of the network and their annual awards.

Actress Stacey Dash has accused the BET (Black Entertainment Television) network of lying to black Americans by ‘telling them that the rest of America is racist.’ The Clueless star has been embroiled in a feud with the network ever since she told Fox News she wanted to get rid of the BET and their annual awards show.

Stacey Dash has accused BET of ‘lying to black Americans’.

The feud started when Dash appeared on ‘Fox & Friends’ on Wednesday (January 20th) and said: “If we don’t want segregation, then we have to get rid of channels like BET and the BET Awards and the Image Awards, where you’re only awarded if you’re black.” 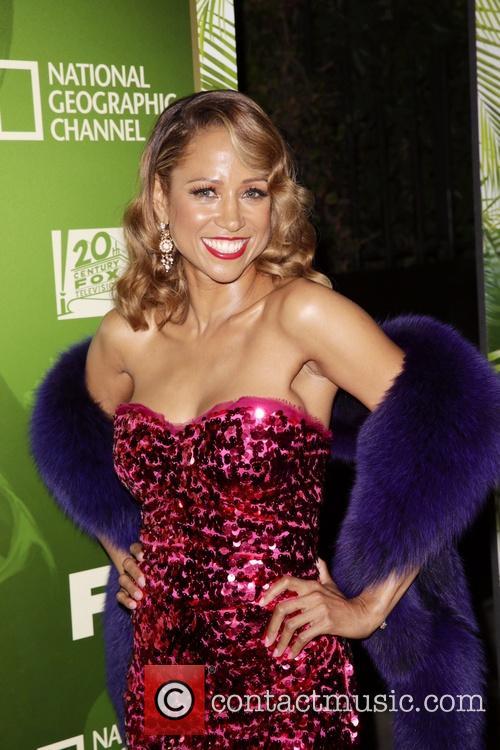 The 'Clueless' actress is Fox's new cultural analyst but what exactly is her job description?

Actress Stacey Dash has been appointed as Fox News' new cultural analyst, meaning we'll be seeing the Clueless star giving her divisive opinion on current affairs a lot more often on our TV screen. As a talking head, Dash will be wheeled out to give her view on topical happenings within the cultural sphere to compliment the network's news reportage.

Fox News executive vice president of programming Bill Shine, confirmed the unexpected news, saying in a statement "Stacey is an engaging conversationalist whose distinctive viewpoints amongst her Hollywood peers have spawned national debates - we're pleased to have her join Fox News."

He explained that Stacey will be offering "cultural analysis and commentary across various daytime and primetime programs."

Continue reading: Stacey Dash Is A Cultural Analyst: What Does That Even Mean?

By Michael West in Lifestyle / Showbiz on 06 November 2012

And so the day finally arrives. After months of campaigning, it's officially Election Day 2012, with America set to choose between President Barack Obama and Republican Mitt Romney. There's nothing more either man can do but sit back, try to relax and hope the votes flood in.

One thing's for sure, it's going to be no landslide for either candidate and both will pull in millions of votes to make it one of the closest run elections in years. As a Democrat, Obama can rely on California and New York, and Romney is certain to take Texas, Oklahoma, South Carolina - basically everything in the south - though the election hinges on the swing-states Florida, Nevada and most importantly, Ohio. The bookmakers certainly think they know who's going to be President on Wednesday, offering odds of around 1/6 on President Obama with around 9/2 on Mitt Romney. We're pretty sure Republicans may think that's worth a flutter, though if you're still unsure about who to vote for - or think you've voted for the wrong candidate - check out the celebrity endorsements to see if your favourite stars agree with you!

On Thursday night (Oct 25) during a rally for Mitt Romney held in Defiance, Ohio, Meat Loaf came like a bat out of Hell to announce himself as the latest high profile star to show their support for Romney at the upcoming US presidential elections, Entertainment Weekly reports.

The singer/actor opened up his pro-Romney statement by stating: "There has storm clouds come over the United States. There is thunderstorms over Europe. There are hail storms -- and I mean major hail storms -- in the Middle East. There are storms brewing through China, through Asia, through everywhere."

He followed up his broken-English plagued weather report with a few big ups for the Presidential hopeful, before wailing out some bars of 'America the Beautiful.' It still doesn't top Clint Eastwood talking to an empty chair for an unprecedented amount of time though.

Continue reading: Meat Loaf Attaches Himself To The 'List Of Celebs Who Support Romney'

Peter Berg has given a copy of the letter he wrote to Republican Presidential candidate Mitt Romney, to the Hollywood Reporter, which shows the director accusing Romney of plagiarism.

Peter Berg is responsible for 'Friday Night Lights' which was a film that he subsequently turned into a TV show that focuses on the American Football team of a town in Texas. Romney and his wife are known to be fans of the series. In it, the slogan 'Clear eyes, full heart, can't lose!' is used to rally the team before a game. It is this phrase that Romney has appropriated for his own means, much to the distaste of Berg.In the letter he sent to Romney he states “Your politics and campaign are clearly not aligned with the themes we portrayed in our series” continuing, “The only relevant comparison that I see between your campaign and Friday Night Lights is in the character of Buddy Garrity — who turned his back on American car manufacturers selling imported cars from Japan...Please come up with your own campaign slogan.”

Lindsay Lohan's priorities have, for some years, been something of a mystery. She prioritised drinking over safe driving, she also managed to de-prioritise that odd tradition commonly known as paying-for-stuff when she stole a necklace from an LA jewellers, and recently on Twitter she prioritised tax breaks for people “listed on Forbes as 'millionaires'”. One might think this was a joke, however, she confirmed her change of political heart this week when she told reporters, published on Newsday.com, that “as of now” she would be supporting “Mitt Romney... as of now.”

This is a huge turn around from the 2008 elections in which she ardently supported Barack Obama's campaign. She even requested to volunteer for the campaign, but was rejected because, as one Democratic Aide said, she's just 'not exactly the kind of high-profile star who would be a positive for us' (DailyMail.com). To explain her reasons for her changed support, she said “I just think employment is really important right now." Which is certainly a valid point, but somewhat misguided. Plus, it has been reported that she asked for a tax cut from Obama- who rejected her- which points towards slightly more personal reasons for her change of heart.

Other celebrity supporters for the Republican candidate are Stacey Dash, who expressed her support via Twitter and faced a barrage of abuse for it, also music artist Nicki Minaj (who has since revealed that she was joking), Jerry Bruckheimer (responsibly for shows such as CSI and Pirates of the Caribbean), Gene Simmons, Donald Trump, Chuck Norris and lifelong Republican Clint Eastwood.

Although everyone is, of course, entitled to their own opinion, it certainly is surprising and disappointing, when anyone with any kind social or political sway endorses a political candidate with a swimsuit and American flag, yet managing to entirely neglect any kind of political or policy, or indeed any ideological opinion to support that support. However, this is precisely what Stacey Dash, actress in the 90s comedy 'Clueless', has done in her support of Mitt Romney- to abject outrage.

Replies on Twitter have been rather harsh. One tweeter stating: "You're an unemployed black woman endorsing [MittRomney.] You're voting against yourself thrice. You poor beautiful idiot." and another saying Dash "joins other celebrities who haven't had a hit in the 21st Century on board the Romney Titanic. Good thing silicon floats" in reference to her appendages that seem to have grown rather a lot in recent years.

Laron Wise, another African-American republican, spoke in defence of Dash, quoted on DigTriad, saying "Life isn't black and white. We need to get rid of that... We need to focus on who's going to help us in the future". Indeed, it's racist to criticise Dash simply due to the contrast between the colour of her skin and her political views. However, if Stacey Dash starts supporting things without the use of her breasts, then perhaps she'd have more people agreeing with her. Of course, if Romney had something better to say, then perhaps Dash would have something of greater value to refer to than a photo of her in a swimsuit... 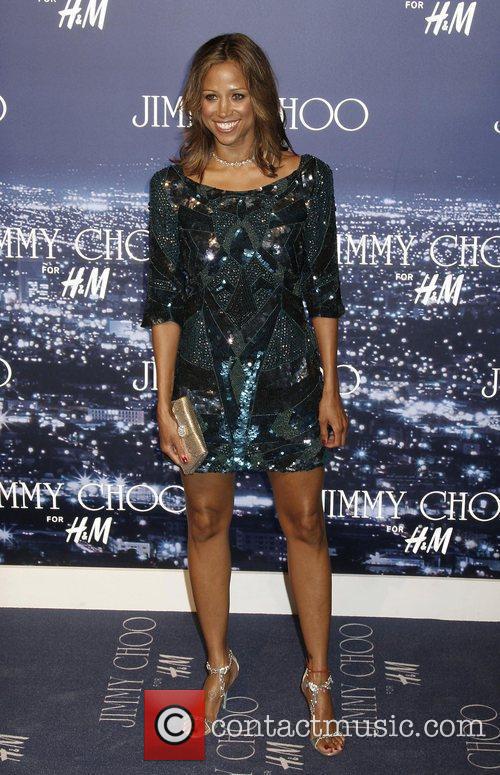 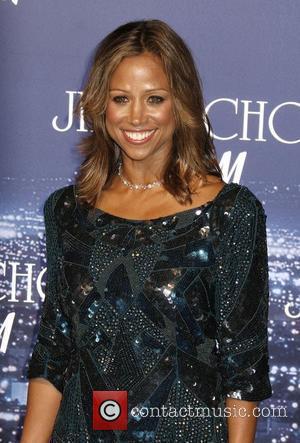