News of 'Star Trek: Discovery's showrunner Alex Kurtzman's new production deal with CBS has raised the possibility of a sensational return for Stewart.

Sir Patrick Stewart might be about to make a sensational return to the Star Trek franchise and reprise his iconic role of Captain Picard, if new reports are to be believed.

The Hollywood Reporter claimed on Tuesday (June 19th) that Stewart is participating in a brand new Star Trek television series in development at CBS, which follows the news that ‘Star Trek: Discovery’ showrunner Alex Kurtzman has signed a new production deal with the network that lasts for the next five years.

The rumoured new project is just one of several ideas for Star Trek series, mini-series and even animations potentially under development with Kurtzman, who is being paid $5 million per year to maintain and expand the franchise.

Continue reading: Is Patrick Stewart About To Return To 'Star Trek' As Captain Picard?

Being on a streaming service, there's the chance for writers to do pretty much whatever they like without restriction.

A little later this year, iconic sci-fi franchise 'Star Trek' will be making its return with a brand new series called 'Star Trek: Discovery'. Though it'll debut its first episode on CBS in the US, it'll quickly move to their streaming service CBS All Access, which means that the usual boundaries of what can and cannot be done on the small screen are tossed aside. The lack of rules would make many creators go wild in the writer's room; why not when anything is possible? That's something that was considered with 'Discovery' but, when it came to writing up the scripts and making the story, those behind-the-scenes decided that they'd do nothing to ruin the overall reputation that 'Star Trek' has set out in the past.

The TV series looks like it won't take long to kick into high gear.

For years, 'Star Trek' fans have been hoping that the franchise would make its return to the small screen with a brand new adventure, and now they're finally getting their wish with the arrival of 'Star Trek: Discovery'; a new series exclusive to CBS All Access in the US and coming to Netflix in the UK.

Led by former 'The Walking Dead' star Sonequa Martin-Green as First Officer Michael Burnham, plot details had been scarce until this past weekend, when a little more was revealed at the annual San Diego Comic Con event. A fantastic new trailer for the show was also unveiled, which you can check out above.

Showrunner Aaron Roberts has opened up about the vision those working on the series have for the race.

Led by Sonequa Martin-Green in the role of Commander Michael Burnham, upcoming sci-fi television series 'Star Trek: Discovery' will bring a very different version of the universe to fans, with any glimpse we've seen of the show proving just that. One of the most notable changes is that to the Klingons, and it's something that split the potential viewers right down the middle. Set 10 years before the original 'Star Trek' series, there isn't too much we know about the plot we'll be following when 'Discovery' makes its debut, but we did learn a little earlier this year that one huge event will be circled throughout at least the first string of episodes. In that event, Klingons will be playing a huge role, so just why has their look differed so much to those that we've seen in the past?

The show's showrunners promise there's no safety for leading characters in 'Discovery'.

If 'Star Trek' fans think they're in for the usual scenarios and events with upcoming CBS series 'Star Trek: Discovery', they'll have to think again. Showrunners have hinted that the upcoming first season of the show will be unlike anything the sci-fi franchise has seen before, with gritty episodes promised, not too different to that of HBO critically-acclaimed fantasy series, 'Game Of Thrones'. In 'Thrones', we've seen fan-favourite leading characters killed off in most seasons, with those working on the show pushing forward the story presented whatever the casualties have to be. It's something that 'Discovery' showrunners have noticed is becoming a trend of the small screen, and they're unafraid to do the same.

The third instalment in the rebooted franchise pulled in $59.9m, but it still fell short of the previous two outings.

Star Trek Beyond has topped the US box office on its opening weekend, taking $59.9m. The film had one of best US openings of summer to date, however it failed to match the opening of Star Trek: Into Darkness which debuted with $70m in 2013.

Chris Pine in Star Trek Beyond.

The first film in the rebooted franchise, Star Trek, had scored even better when it opened in 2009, taking $75m. But Star Trek Beyond’s $59.9m was enough to knock off last week’s number one, The Secret Life of Pets, which fell to number two after taking $29.3m.

Continue reading: 'Star Trek Beyond' Tops US Box Office But Fails To Live Up To Predecessors

An early draft of the script written by series creator Gene Roddenberry saw Kirk fight with an alien who had taken the form of Jesus Christ.

As fans prepare for the release of Star Trek Beyond, a crazy story about the 1979 movie Star Trek: The Motion Picture has had us all reflecting on the franchise’s colourful history. An extract from new book The Fifty-Year Mission: The Complete Uncensored, Unauthorized Oral History of Star Trek, published by The Hollywood Reporter, has revealed how Star Trek: The Motion Picture nearly featured Captain Kirk punching Jesus. In a draft of the script written by series creator Gene Roddenberry in 1975, the film would have ended with Kirk encountering an alien who had assumed the image of Jesus Christ and getting into a fist fight with him on a bridge. Continue reading: The Enterprise Crew Face Their Worst Fate Yet In 'Star Trek Beyond' - Trailer

The ‘Star Trek’ legend has also admitted he does not watch himself in the original series.

William Shatner has some ideas as to how to celebrate ‘Star Trek’s’ upcoming 50th anniversary and they even include a musical. Speaking to the Press Association, Shatner said he's been trying to bring the whole cast together to celebrate half a century of the iconic franchise and has even pitched a musical and a variety show. "I'm attempting to sell a 50th anniversary show, but so far I've had very little luck. Maybe because Paramount's going to do their own - but I don't know how they can do their own without me. I've never been contacted,” Shatner said. 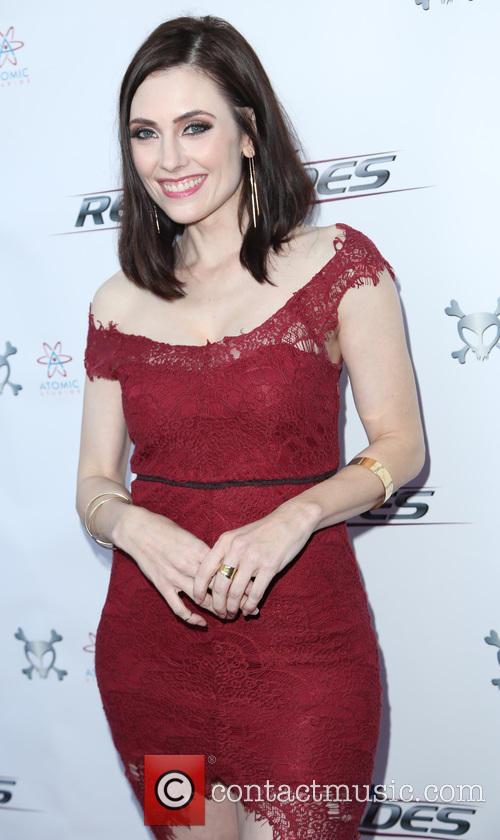 Continue reading: Idris Elba Breakdances And Confirms He Will Appear In 'Star Trek Beyond' 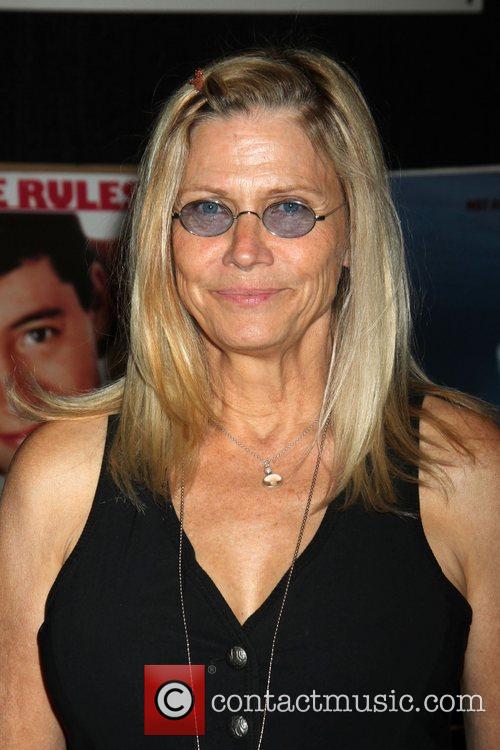 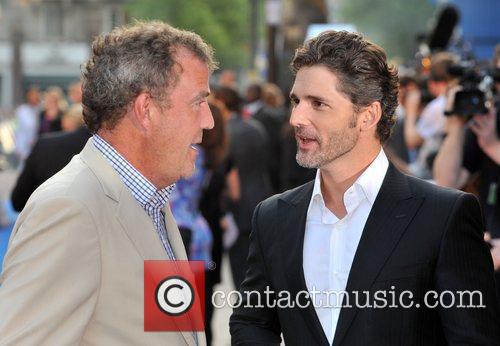 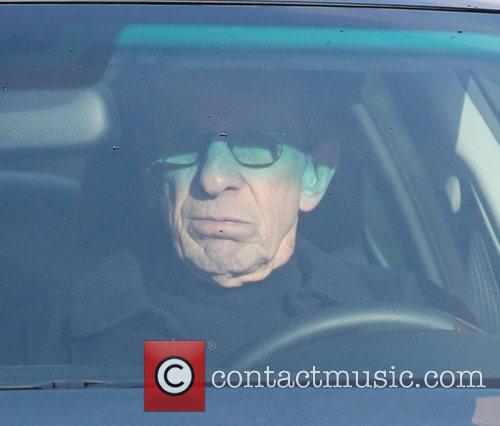 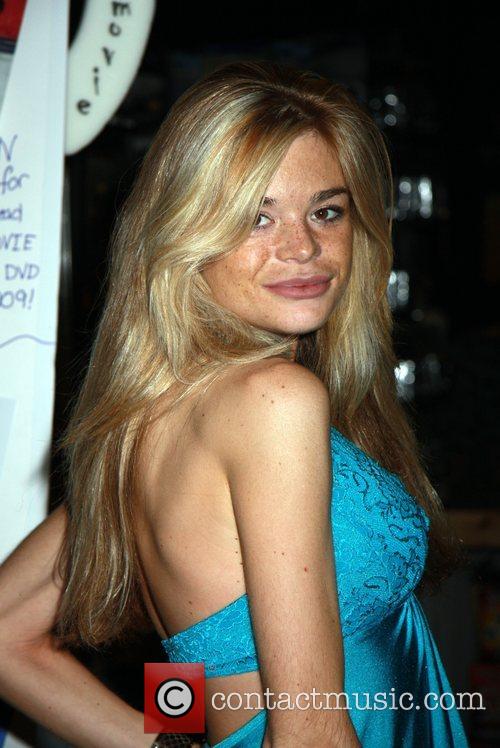