Leonard Nimoy's Daughter Has Unveiled Plans To Follow In Her Brother's Footsteps And Make A Second Documentary About The Late Star Trek Icon. 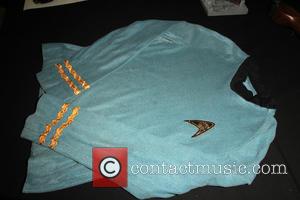 The acting legend's son Adam announced he was working on a film project about his dad's career and his famous character, titled For the Love of Spock, following the star's death in February (15), aged 83.

Now his sibling Julie has decided to shed light on the lung disease COPD (chronic obstructive pulmonary disease), which led to Nimoy's passing.

COPD: Highly Illogical - A Special Tribute to Leonard Nimoy will "feature the latest information and treatments on COPD from some of the top medical experts", according to Julie and her husband David Knight.

They have recruited Star Trek: The Next Generation star John de Lancie to narrate the film.

The films are expected to be released next year (16) to mark the 50th anniversary of the Star Trek franchise.