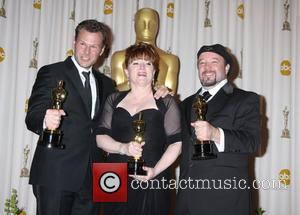 Star Trek actor Zachary Quinto and TRUE BLOOD star MICHAEL MCMILLIAN are teaming up to create their own comic book.
The TV stars are the brains behind Lucid, a new graphic novel, based around a set of fantasy characters.
Quinto's Before The Door Pictures company will oversee the production of the comic, which will be published by Archaia Comics. MCMillian will write the book.
Teenage artist Anna Wieszczyk has been handed illustration duties.
MCMillian says, "It's a rock 'n' roll book, and I think, for me, part of it is taking these elements of magic and this concept of fantasy, which I think a lot of times gets a bad rap... and really make it fun and sexy and cool and contemporary.
The first issue is due to be released in August (10).