Alex Kurtzman refused to write the follow-up to 'Star Trek' quickly just because the studio demanded it. 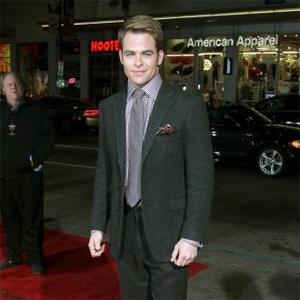 The writer of 'Star Trek' refused to ''rush'' the follow-up script.

Alex Kurtzman - who wrote the first film starring Chris Pine as Captain Kirk and the follow-up with Roberto Orci - admits those involved behind the scenes of the reimagining of the sci-fi franchise feel very ''protective'' of the story and refused to make it quickly.

He said: ''Me and Bob Orci and Damon Lindelof and J.J. Abrams and Bryan Burk all feel very protective of 'Star Trek'. The studio had wanted it a year earlier and we said, 'No, we can't. We're not going to be ready and we don't want to rush this.'

''We felt very fortunate that the first movie was well received, and the last thing that we wanted to do was destroy that by rushing something. It's very precious to a lot of people. We love our Trek and we just wanted to keep it safe.''

He was particularly impressed when he walked around the set as the director J.J. had it put together as the real U.S.S Enterprise.

He added to Collider.com: ''J.J. was brilliant, in building the sets that way, because what he wanted to do was be able to play whole scenes without a cut, as you were literally moving through this huge, huge ship. Just to walk on the set was incredible.''