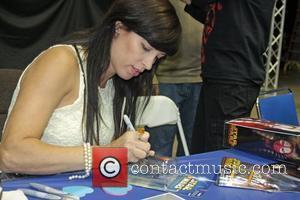 The might of the Star Wars franchise appears to know no bounds. According to the Cinema Blend blog, Star Wars: Episode 1 - The Phantom Menace is currently ranked as 2012's 50th highest grossing movie. Not bad for a film that was released in 1999. Of course, it's the 2012 3d re-working of the film that has bumped it back up into the charts and it looks as though the rest of the franchise will be getting the same treatment.
The 3D version of The Phantom Menace managed to rake in an impressive $50 million, placing it between Moonrise Kingdom and Diary of a Wimpy Kid: Dog Days in the box office charts. George Lucas will be happy with the extra haul that the movie brought in, with its added dimension and Star Wars Episode Ii - Attack of the Clones and Star Wars: Episode IiI - Revenge of the Sith are both getting the 3D treatment next year, with Attack of the Clones getting a September release and Revenge of the Sith coming a month later.
According to Cinema Blend, September 2013 is going to be a busy month in the world of 3D movies. The sequel to Sin City, entitled A Dame to Kill For is also getting its release. The film is set to star Jessica Alba, Mickey Rourke and Michael Madsen again and should provide a suitable alternative to anyone who's starting to tire of the Star Wars movies being regurgitated in varying forms, in order that George Lucas' pockets are forever lined with gold.