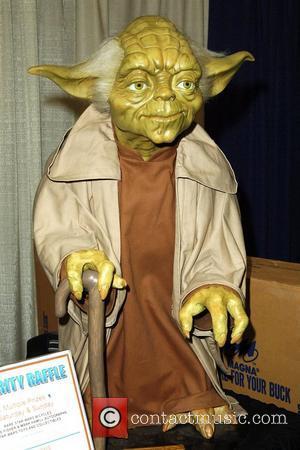 Stuart Freeborn, the world renowned make-up artist known for his contributions to the Star Wars movies, has died at the ripe old age of 98. Largely self-taught, Freeborn's six-decade career saw him create prosthetics for the likes of Peter Sellers and Alec Guinness though his most famous creation is Yoda, the diminutive Jedi master first seen in 1980's The Empire Strikes Back.

According to BBC News, Freeborn based Yoda's look on Albert Einstein, as well as some of his features. Star Wars creator George Lucas was quick to pay tribute to Freeborn, calling him a makeup legend. "He brought with him not only decades of experience, but boundless creative energy. His artistry and craftsmanship will live on forever in the characters he created. His Star Wars creatures may be reinterpreted in new forms by new generations, but at their heart, they continue to be what Stuart created for the original films," the director said in a statement. As well as Yoda, Freeborn created numerous other enduring characters from the Star Wars universe, including Chewbacca and Jabba The Hut. "He was a Nutty Professor," said Freeborn's former colleague Nick Dudman, "He wanted to push boundaries and had the most inquiring mind I'd ever encountered."

Though Yoda is already one of the most famous and popular Star Wars characters, Disney may be ready to add a whole new dimension to Stuart Freeborn's creation. It was announced this week how the company are planning various stand-alone Star Wars spin-off movies, with Harry Knowles at Ain't It Cool News claiming Yoda: The Movie is first on the list.