Parfitt: 'My Facelift Was Pointless' 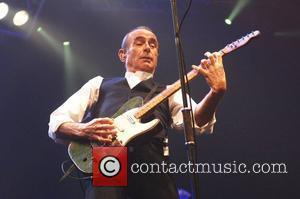 Status Quo rocker RICK PARFITT was deeply disappointed by the plastic surgery he underwent in the 1980s, because the sagging chins he was so determined to get rid of are back in all their glory. The SWEET CAROLINE guitarist was concerned about his looks at the time, but now he realises he may as well age gracefully. He says, "I don't know if it was called a facelift at the time, it was just a bit of a tidy-up really. "I had more chins than a Chinese phone directory and I thought, 'I'll get rid of a few of them.' "Funny thing is, it must be about 20 years now and the chins are back. What's the point?"