Five bespoke Stella Mccartney bags will go up for auction for today (29.03.12) to raise money for eco charities. 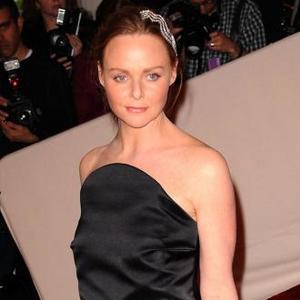 Five bespoke Stella Mccartney bags will go up for auction for charity today (29.03.12).

The designer has teamed up with artists including Mr. Brainwash , Bunta Inoue and Peter Tunney to create one-of-a-kind bags which will be sold through charitybuzz.com to raise money for eco charities as part of Christie's third annual Bid to Save the Earth fundraiser.

The bags are up for sale between now and April 19.

Other equally stylish lots up for grabs include tea with model Elettra Wiedemann, a limited-edition reissued vintage Fendi Baguette handbag, and an afternoon of shopping with Barney's Creative Ambassador-at-Large of Simon Doonan and along with $2,500 to spend instore.

A lavish gala co-chaired by Anna and Graydon Carter, Salma Hayek and Francois-henri Pinault, and Susan and David Rockefeller will be held on April 11 to raise money for the cause.

The Green Auction - which was first set up in 2010 - aims to raise millions of dollars for four of the world's leading environmental non profitable organisations including Oceana, Conservation International, Central Park Conservancy and Natural Resources Defense Council.