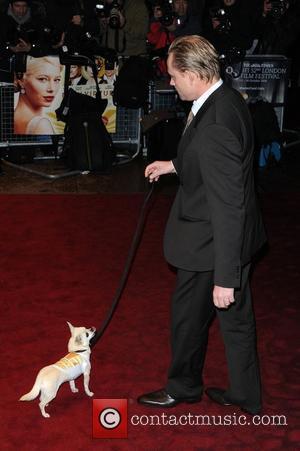 Aussie moviemaker Stephan Elliott credits a back-breaking skiing accident for reviving his love of directing after the critical mauling of his THE ADVENTURES OF PRISCILLA, QUEEN OF THE DESERT follow-up sent him scurrying from film sets.
The filmmaker was famously booed and ridiculed when his Welcome To Woop Woop debuted at the Cannes Film Festival in the late 1990s and the humiliating experience led him to give up his career as a director and stick to writing.
But three years spent recovering from his skiing accident gave Elliott the chance to reconsider his decision - and when he was presented with the chance to adapt Noel Coward's Easy Virtue for the big screen and step back into the director's chair, he didn't hesitate.
He says, "I broke my back, pelvis and legs, which kept me off my feet for the best part of my feet for the best part of three years, and I had a lot of time to think.
"I was apparently given just 20 minutes to live after the accident and that sort of thing really does make you take a look at your life and reprioritise.
"I had previously decided I had had enough of the film industry and the accident gave me the kick-on I needed. It made me realise the movie business isn't all that bad."
But freezing winter temperatures in rural England, where much of Easy Virtue was shot, played havoc with Elliott's back.
He tells WENN, "I was not a happy camper. It was so cold, like minus 15, and by then I couldn't sit for very long. The cold really got to me. I was only comfortable when I was moving or laying down.
"It made me quite bad tempered. We were trying to film one scene, set in the 1920s, and the helicopter that had come to take (actor) Colin Firth to his next job arrived early and the pilot decided to circle the set for an hour and a half. It was madness. I lost it and started throwing chairs up into the air - trying to hit the helicopter.
"I eventually screamed at Colin, 'Call your producers and tell them to get this f**king helicopter away from my set.'"