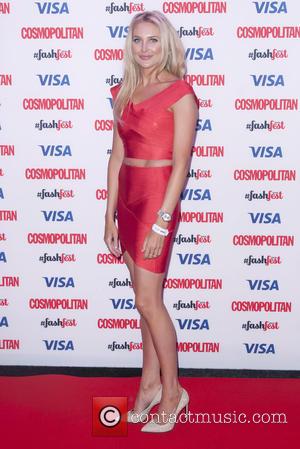 The one-time The Hills castmate, who now lives in London, reveals she woke up and couldn't feel half of her face, which was severely swollen.

She sought help at her local hospital and was given antibiotics to reduce the swelling and drain the puss, and was later discharged, according to TMZ.com.

The recovering star later added, "In bed ordering (food) delivery, watching #rhobh (The Real Housewives of Beverly Hills) and looking at my pretty get well flowers not too shabby pour moi (for me)!".

Her sister-in-law Heidi Montag, who is married to Stephanie's brother Spencer, sent her well wishes via Twitter on Friday, writing, "#GetWellSoon ! Love you @stephaniepratt (sic)".