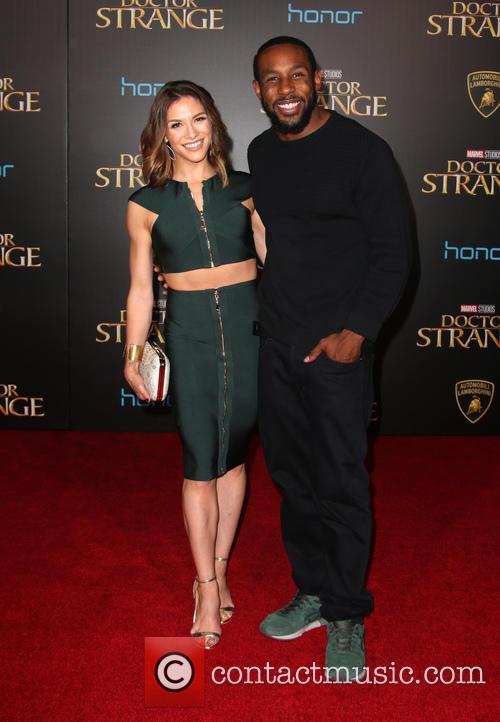 The 'So You Think You Can Dance' duo tied the knot in showbiz ceremony.

Stephen Boss, Allison Holker have finally tied the knot at a massive Californian celebration of their love. Making sure no expense was spared on their special day, the pair, who met during the seventh season of So You Think You Can Dance, had an impressive eight bridesmaids, two bridesmen, nine groomsmen and one groomsmaid at their dance star-studded wedding. The ceremony was held at SYTYCD executive producer Nigel Lythgoe's vineyard in Paso Robles, California and their marriage was officiated by the show's co-executive producer Jeff Thacker. To keep up the showbiz theme, the ceremony included a performance of Jason Mraz's 'I Won't Give Up, performed by American Idol's Melinda Doolittle.