A Return to Form, Stephen Fry on Stage as Malvolio in the West End. 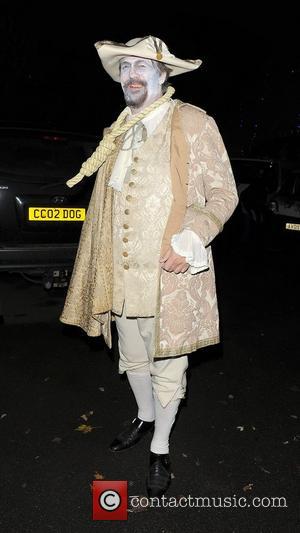 17 years ago, in 1995, Stephen Fry fled the stage of Cell Mates, by Simon Gray. Citing stage fright initially, and later, attributing it to a bout of depression as part of his sufferance with bi-polar disorder, Fry has not returned to the stage until now. Appearing as Malvolio, the epicentre of the comic sub-plot of Shakespeare's Twelfth Night, his role has drawn vast national attention, to almost universally positive reception.

Twelfth Night is, fundamentally, a confused love story of repeated mistaken identity, with a further comic sub-plot about a group of servants trying to convince Malvolio that a beautiful woman has fallen in love with him, the result which makes him appear mad. Malvolio's character and his role in the canon of literature becomes ever more significant in a world that is largely both particularly pointed at mental illness, yet also decidedly with its back turned towards it. Likewise, Malvolio is made to seem mad and abandoned in that false-mad state by those who put him there in the first place. For Fry, who has spoken about his experiences with bi-polar disorder, this is undoubtedly a poignant issue for him. This is perhaps why the humour with which Fry plays Malvolio is described as 'surprisingly gentle' by the ArtsDesk and as 'suitably grave' and 'dignified' by The Guardian.

The Independent's observations were most generous and astute: "It's hardly surprising that so much of the coverage has been focused on him - a disproportion that increased when it was decided that there would be no official reviewing of the production's short recent run at the Globe," they said. "The irony is that Fry's performance - intelligently pondered, generous to the other actors, and almost studiedly not a 'star turn' by a celebrity guest artiste - is exactly the opposite in tendency. It restores balance to a play in which Malvolio's scenes can hog the limelight."

The "National Treasure" delights us again. Twelfth Night is running in tandem with Richard III at the Apollo Theatre until February. Reviews imply that you'd be mad to miss it.