British Comedian/writer Stephen Fry Led A Group Of Campaigners In A Meeting With London Transport Managers On Tuesday (22sep15) As They Aimed To Block The Demolition Of London's Curzon Soho Cinema. 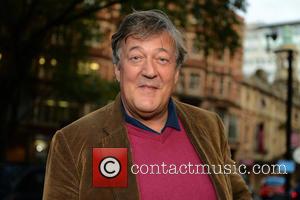 Picture: Stephen Fry - Stephen Fry from Save Soho arrive at The Bloomsbury Baptist Church, London, for a consultation meeting with CrossRail 2 management over the...

Developers are planning to bulldoze the famous picturehouse to make way for the proposed Crossrail train line project, and work at the site could begin in 2020 if approved.

Representatives of the Save Soho campaign, which is chaired by Fry and includes the actor Benedict Cumberbatch as a founder member, met railway planners alongside local residents and business owners at Bloomsbury Central Baptist Church to put forward their concerns.

Fry tells British newspaper The Guardian, "The plan for the Curzon cinema, Shaftesbury Avenue, long a beacon of good film programming and live events, to be demolished to make way for a tunnel air vent, is deeply worrying."

The Crossrail project, which aims to provide high-speed train links in the U.K. capital, has already led to the destruction of many famous central London landmarks including the Astoria theatre.