CBS Stepping Back 'Under The Dome,' and Stephen King's Invited 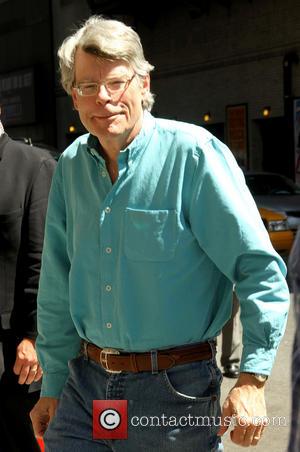 The televisual adaptation of Stephen King’s novel, Under the Dome, will be coming back as CBS have ordered another season of the mystery/horror/drama. Not only will fans get more of their favourite dome-based action, though, King himself is set to write the opening episode.

The first season garnered generally favourable reviews, being nominated for the Critics' Choice Television Award for Most Exciting New Series and landing a 72% rating on Metacritic. Networks don’t renew shows on the strength of reviews, sadly enough, they prefer to work with viewer ratings, and Under The Dome didn’t disappoint there: the series premiere was viewed by a total of 17.76 million viewers, and overall, it broke records for CBS.

Ultra-fans have been somewhat critical though, claiming that the show isn’t true to its source material – King’s book – but that’s something the author has admitted to himself. “[If] you look closely, you’ll see that most of my characters are still there, although some have been combined and others have changed jobs. That’s also true of the big stuff, like the supermarket riot, the reason for all that propane storage, and the book’s thematic concerns with diminishing resources.”

This isn’t by accident, though; this show is set to outlive the book, using its characters and premise as a base and building upon King’s good work, as the show’s developer, Brian K. Vaughan explained to Wired.

“I’m not a huge fan of adaptations,” he said when the show first debuted. “If you got something right the first time, it doesn’t need to be redone. But they wanted to do this not as a literal adaptation but as a launching pad for an ongoing series … I’m hopeful that lovers of Mr. King will be generous enough to see that we have not damaged the book. The book will always be there. But this is something new.” Stephen King is set to get involved in the TV version of his book, starring Mike Vogel.