Stephan Mangan’s work is usually reserved for adults. Strong language and themes of a sexual nature have been prerequisites to a huge amount of his work on comedy. But with Postman Pat – the legendary character voiced by Mangan in the upcoming movie – things take a turn towards the childish. “I've watched a lot of Postman Pat with my children. He's got to be the sweetest character, there's not a bad side to him, but over 90 minutes, you want Postman Pat to go on some sort of emotional journey,” he explained, according to The Belfast Telegraph, before adding that acting in a voice only capacity is a strange experience compared to filming normally.

“Usually you meet the other actors and together you build something, whereas with this, I went into a basement in Soho, recorded my half of all the conversations on my own and then two years later, there's a film,” explained the actor, who used Church as a conduit to become centre of attention when he was younger.

“Well, I thought, if you're going to be made to go to church, then you may as well be on the stage — that was literally my thinking. That just shines a little light on my personality. Why sit in the congregation when you could be the guy with the incense? I had a costume, robes, I rang the bell. To me, it was a better way of passing the tedium of being in church,” he said.

It’s not all kids TV-turned-cinema for Mangan these days – in fact he’s currently starring in Episodes alongside Tamsin Greig and Matt LeBlanc. “We make each other laugh and we wind each other up, so it's great. And Tamsin's a fantastic actress, brilliant at comedy and can make you cry. What more do you want in an acting partner?” said Mangan of filming the comedy. 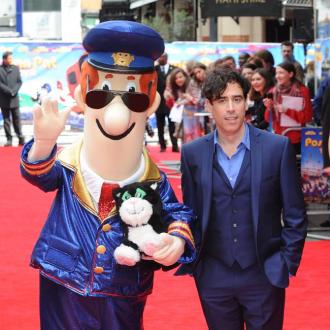