Review of Innocent Single by Stereophonics 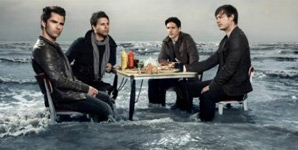 Due for release on November 2, 'Innocent' is the lead single from Stereophonics' seventh studio album, 'Keep Calm And Carry On', which is available two weeks later. Tracks were recently showcased at a homecoming show at Cardiff Castle, and a UK arena tour sees the quartet on the road throughout March 2010.

Something of a mellow choice for a comeback, 'Innocent' initially makes a nice first impression but is far from exciting. It strums along at mid-tempo without any major dynamic changes and seemingly makes little impression, but then you find the backing vocal hooks relentlessly running through your head along with the romantic melodies. Juxtaposed with Kelly Jones' lyrics of mishap under the influence and you have something of a Shakespearean tragedy. The impact may not be instantaneous, but given the chance it should have broad appeal and become a live favourite.