Review of Pull The Pin Album by Stereophonics 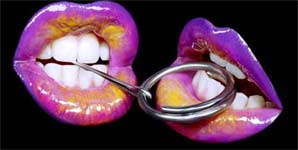 The Stereophonics' decade-long music career has been somewhat of a rollercoaster ride, going from being hailed as one of Britain's premier rock bands to be critically mauled for the acoustic flavour of 2001's "Just Enough Education to Perform" album. However, this turned out to be their biggest selling record and while 2005's "Language. Sex. Violence. Other?" was met with positive reviews; it didn't match up it turns of sales figures, just going to show how strange the music business is. Having previewed new material back in spring, this is their sixth studio release and will be supported with a UK arena tour in November.

The sound of a news report and wailing siren begins "Soldiers Make Good Targets" before a monstrous metal riff comes rolling in, swiftly followed Javier Weyler's pounding drums. A mid-paced number, it gets cranked up at the chorus and is aided by a twisted solo, all of which firmly announces the band's return. With a bouncier vibe is "Pass The Buck", destined to become a live favourite with its killer hook and featuring a big Kelly Jones rant. Lead single "It Means Nothing" drops the tempo for a ballad inspired by the London underground bombings, as the band take a philosophical look at what really matters in life. It is saved from being drippy by a crescendo of guitars, before the trio again up the tempo for the previously available download taster "Bank Holiday Monday". With shades of Oasis' "Bring It On Down", the frenetic pace and spiralling guitars has already seen it become a favourite with fans.

It is often claimed that Stereophonics' success meant that Kelly Jones was no longer able to draw inspiration from the 'small town life' that coloured much of their debut, "Word Gets Around". Perhaps for the first time since that era, he has penned a narrative number that is precise in detail and utterly engaging. "Daisy Lane" is the tender tale of a schoolboy who was stabbed for his mobile phone on the street on which Jones lives. The gentle acoustic backing gives his voice prominence on what is a standout moment of the record. The brooding "Stone" follows it up, lit by a chorus of epic proportions, before the mood is lightened by the upbeat and poppy tones of "My Friends". Describing how he'd like a "girl down on me in the theatre", "I Could Lose Ya" is a sleazy track of simple, choppy guitars that and the type of chorus that quickly gets in your mind.

More fitting of Jones recent solo record, "Bright Red Star" simply features the vocalist and an acoustic guitar for a sweet ditty that proves a respite until the crunching distorted chords that introduce "Lady Luck". Darker in mood than previous tracks, the verses are rhythm based before the guitars kick in again for a mammoth chorus. "Crush" is a stomping track that should delight audiences as a pulsating sing-along and the album is ended with the climatic "Drowning", which wouldn't have felt out of place on the previous 'phonics record. Slow and patiently developed, it is a satisfying conclusion to the record and thankfully isn't overblown or overdrawn. It also provides balance to a collection of songs which sees the band take the best parts of their previous work and bring them together for a record that is consistently pleasing.