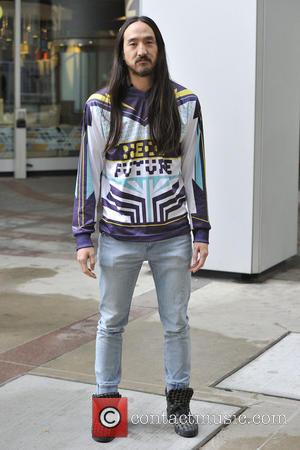 Dance Dj Steve Aoki and his actress sister Devon have filed new legal papers against their estranged stepmother over allegations she is squandering their late father's fortune.

The stars have been embroiled in a court fight with Keiko Ono Aoki since their dad, Benihana restaurant founder Hiroaki 'Rocky' Aoki, died in 2008.

Keiko, Aoki's third wife, was awarded control of her late husband's $35 million (£21.9 million) estate last year (13), but the Aoki kids appealed the decision and in May (14), a judge ruled in the pair's favour.

The Dj, 36, and Sin City beauty Devon Aoki, 32, were each awarded 50 per cent of their dad's trust, giving them ownership rights to the Japanese restaurant chain and a share of the popular eatery's income, but they will not gain access to their $50 million (£31.25 million) inheritance until they turn 45.

They have since accused trustee Ono Aoki of spending huge amounts of money on cheesy gimmicks for the Benihana of Tokyo restaurant chain, including flying a hip-hop duo named the Beni Girls around the world to act as tableside entertainment, and becoming embroiled in other costly legal battles with bosses at Benihana Inc., a separate company outside the family which owns and operates the brand's U.S.-based restaurants.

Steve and Devon Aoki are now demanding their stepmother submit to a full accounting of the trust fund and they want to force her to testify in court over the spending allegations, according to the New York Post.

Ono Aoki has yet to respond to the latest action. 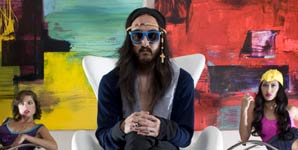