By Stephanie Chase in Lifestyle / Showbiz on 25 April 2014

Wrestling legend Stone Cold Steve Austin’s support for same sex marriage seems to making headlines since the comments he made on his podcast months ago went viral this week. For some reason, whilst Austin’s support of marital rights for all couples is of course welcomed, there’s a section of the internet that just didn't see this one coming. But really, should we be surprised when Austin 3:16 says, “I’m for same sex marriage?” If you’ve ever listened to Steve Austin’s podcast you’ll know that wether he’s doing his family friendly show or the ‘unleashed’ NSFW version, the former champion hasn’t changed very much since his days on top of the WWE. In his podcast he’s as straight talking as fans from his late 90’s heyday will remember him and as for the beer drinking and ‘working man’ references, they haven’t gone either. Maybe that’s why people were so surprised at Austin’s comments, but one does wonder what exactly people expected Austin’s stance to be? Continue reading: WWE Network To Be Launched At The End Of February

Barney Ross is the leader of a group of mercenary fighters, his team is made up of Lee Christmas, Yin Yang, Hale Caesar, Toll Road and Gunnar Jensen, each member is a specialist in varying areas of destruction and fighting.

By Blake French
Good
When a movie features superstar wrestlers in leading roles, usually it's a glaring signal to drop everything and run from the multiplex. The Condemned is an exception to that rule; it has more merit than all of the previous WWE films combined... but when we're talking about The Scorpion King and See No Evil, that's not saying much.

"Stone Cold" Steve Austin stars as Jack Conrad, an American on death row for murder in El Salvador. Without notice, he's flown to Papua New Guinea and dropped on a remote island along with nine other condemned prisoners. They're each wearing an explosive device on their ankles. If they tamper with it or pull the attached red tab, it will explode. 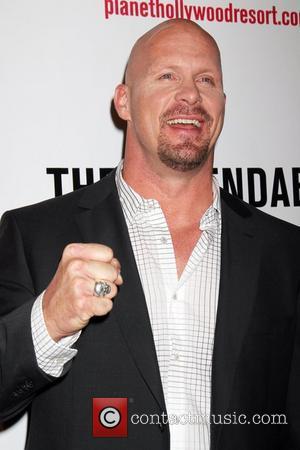