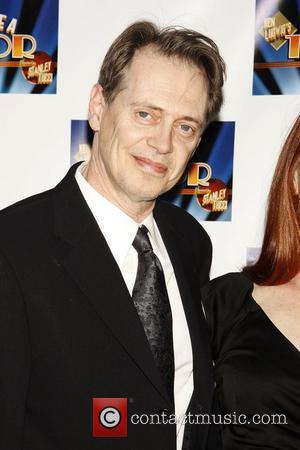 Picture: Steve Buscemi attending the opening night of the Broadway play 'Lend Me A Tenor' at the Music Box Theatre. New York, USA - 04.03.10

'Boardwalk Empire', the much anticipated new drama series starring Steve Buscemi, premiered on HBO last night (19th September 2010). The show is set in Atlantic City, during the prohibition era of the 1920s, and follows 'Nucky Thompson' (played by Buscemi), a corrupt treasurer of the city who deals in illegal alcohol, and gambling. The character is based on a real life person named Enoch Johnson, who was the boss of the republican organisation that ran the city, before he was jailed in 1941.The series is co-produced by TERRENCE WINTER, who was a writer on 'The Sopranos', and Martin Scorsese, the Oscar winning director.
Early reviews of the pilot episode, which is set on the day that the prohibition act was signed, have generally been positive. The New York Daily News gave the episode five stars out of five, saying that those who tune into the series will be "rewarded with the best new show on television this fall."
52-year-old Buscemi, who is the show's lead actor, has won plaudits for many of his film roles, most notably in 'Ghost World', 'Reservoir Dogs', and 'The Big Lebowski'. And as well as appearing in 'Boardwalk Empire, he is currently filming 'On the Road', a film adaptation of the Jack Kerouac novel of the same name. The movie is being produced by Francis Ford Coppola and will be released in 2011.