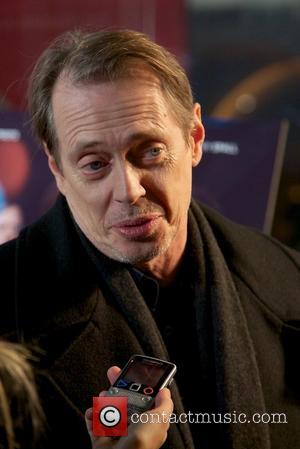 The long awaited Boardwalk Empire season 3 finale aired last night, giving us closure on what has been a tense and sometimes tedious season from HBO's prohibition drama. And while it didn't arrest our expectations, 'Margaret Sands' was a finely tuned conclusion to an increasingly teetering plotline: Gyp Rossetti v Nucky Thompson.

I mean, who really thought Nucky would be overcome, relinquishing control of his beloved Atlantic City? Perhaps the sudden death of Owen Sleater, just before he was set to live his long and happy life with Margaret in the penultimate episode served a welcome shock, but in reality, this finale simply played out a story we all would have guessed. The cunning Nucky wriggled his way out, Rossetti's bullish and impatient style proved his downfall, and Richard Harrow saved the son he never had, Tommy, from a life of drugs, sex and death.

We opened with a montage to highlight the rising violence in Atlantic city, accompanied with some terribly cliched dialogue, and a cheap line from the Mayor further enforcing Nucky's hold on the Boardwalk despite his absence. This did its job but signalled a shaky start for such an important episode.

Harrow's search and rescue mission punctuated events with the pinpoint accuracy of his sharpshooting, as he infiltrated The Artemis Club, under Rossetti's control, to reclaim Tommy: the son of his late friend Jimmy, and manifestly, his responsibility, or so he's decided.

This wasn't long after Gillian and Gyp's dance of flirtation - which had been going on a tad too long - had culminated in the former trying her patented trick of lethal injection during a highly charged sexual encounter, only the latter to perform the very same thing on her.

So if Nucky was always going to come out on top, how did he do it? Using Rothstein's penchant for playing the game from a distance, and always a few steps ahead, he set up the possibility for a new business venture to fall into Arnold's lap - the Overhold Distillery in Pennsylvania. A poisoned chalice awaits Rothstein now, and season 4 will undoubtedly focus on the "big bait" that catches the "big rat". We were warned of this when Nucky asked him for help, so Rothstein's comparative plight is yet another facet that we were just waiting to be tied up, rather that wondering hopelessly in wait.

Elsewhere, Charles "Lucky" Luciano falls victim to Boardwalk Empire's stereotyping of the hot-headed Italian American, as his eagerness to move heroin leaves him in the custody of what he thinks is a bent cop, only to find out that Rothstein and Joe Masseria perpetrated a ruse, and he was the schmuck. It was a nicely tailored plotline and offers much to look forward as an extra layer of conflict between Meyer Lansky, who tries to keep Luciano in check, and Rothstein, who surely won't trust these two ever again.

While Chalky White and Al Capone's presence in the previous episode were priceless, their work in the latest is almost redundant, and apart from a few childish scraps and a one-on-one battle for best supporting actor, it's hard to see why they were in the finale at all. They did shoot the hell out of Masseria's men, but considering they were already retreating, it wasn't the glorious battle we were all anticipating.

The second half of Boardwalk season 3 has been some of the best Boardwalk yet. I still have doubts over Steve Buscemi's ability to play the mercurial lead, laden with strife but abundantly 'tough'. He satisfies some of Nucky's character traits, but remains arguably the weakest of the gangsters in terms of screen presence and believability. I won't even mention Nucky's feeble attempts to woo Margaret back into his life, as it's getting old and should really be dropped.

So there you have it. Boardwalk Empire Season 3 is done. Now cue the months of anticipation and re-watching so we're ready for season 4. Can't wait.