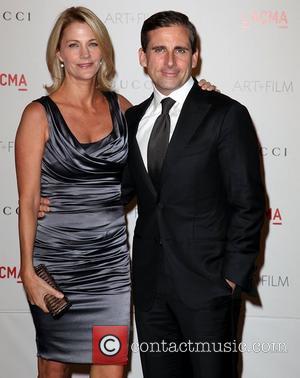 Steve Carell is probably still funny to 14 year olds, and that's great. He's still got a market and he's still making plenty of movies, and plenty of money from them, so good on him. Once again however, his latest role looks abysmal. He's playing the eponymous magician of The Incredible Burt Wonderstone.

Having been enamoured as a child by television magicians he, along with his best friend Anton Marvelton (Steve Buscemi), makes it his career. Making it to be Las Vegas stars, eventually their act slowly goes down the pan, facing fierce competition from a long haired, dip-dyed street magician named Steve Gray, played by Jim Carrey (recently said to be the planet's funniest person by Judd Appatow). As the latest trailer shows, their gradually competing acts are something of a parody of the likes of David Blaine. However, Burt Wonderstone manages to enlist the help of the man that inspired him in the first place: Rance Holloway, played by the brilliant Alan Arkin.

Despite having an impressive cast (Olivia Wilde and James Gandolfini also appear), from initial views of the trailer, it looks pretty terrible. We might be eating our words come March 15, 2013, and we'll happily do so, but it looks unlikely. Take a look at the trailer to decide for yourself: