British Funnyman Steve Coogan Is Reviving His Comedy Character Alan Partridge To Release A Second Installment Of His Memoirs. 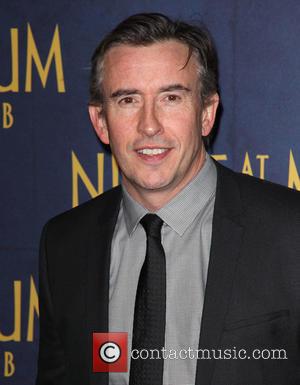 The actor's most famous character, last seen onscreen in 2013 movie Alan Partridge: Alpha Papa, is set to release a follow-up to 2011 book I, Partridge: We Need To Talk About Alan in October, 2016.

The tome will be co-written by Coogan and his screenwriting partners Rob and Neil Gibbons, and will contain a collection of Partridge's essays, diary entries, letters and business ideas.

A statement from Coogan's fictional broadcaster character reads, "On my first meeting with Orion Publishing (there have been nine), I was blown away by their well-appointed offices, firm handshakes and a selection of biscuits that was high-end without being showy. Straight away, I knew these were people I could work with. I'm confident that this book can be a publishing phenomenon. It's no Fifty Shades Of Grey, but I can assure it ain't a million miles away. After all, it will 'quicken the pulse', get you 'hot under the collar' and make you want to 'hit someone'."