The Look of Love explores sexuality 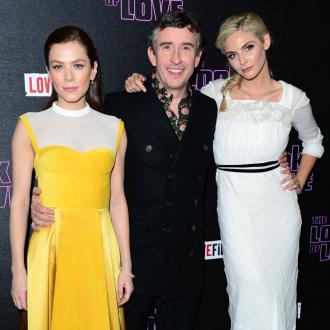 Speaking to BANG Showbiz at the film's world premiere at the Curzon Soho in London on Monday (15.04.13), he said: ''It was interesting... he had a colourful life because it captured a period in British history where things were changing in the 1960s and 1970s. Public tastes were changing, people were a bit more liberal with their attitudes to sexuality and he was sort of at the forefront of that.

''Also in terms of sexuality, [it is] something that the British cinema tends to avoid [or is] embarrassed by it, or it doesn't know how to deal with it, and that made it an attractive proposition for Michael and I to look at social mores.''

She added: ''Immediately he was very easy to get on with - so accessible, his personality.

''Personally, I feel everyone knows Alan Partridge, but here you see a more sensitive character.''

Other stars from the film who walked the red carpet at the premiere included Egerton, Poots, Dara O'Briain, Chris Addison and director Michael Winterbottom.