CROCODILE HUNTER star Steve Irwin's grieving widow TERRI will break her silence on Wednesday night (27SEP06) after inviting US newswoman Barbara Walters to the Australia Zoo for a heart to heart interview. The emotional chat, which was taped at the weekend (23-24SEP06), will air on news show 20/20 in America on Wednesday night. Irwin was killed in a stingray attack off the coast of Australia on 4 September (06). Walters admits she was touched by her meeting with the TV conservationist's widow and her visit to the zoo Irwin founded. She says, "You almost have the feeling that she's (Terri) channelling him. She feels he's there... They're just an amazing, touching, wonderful family. It was a very special trip to me... She's a marvellous woman." 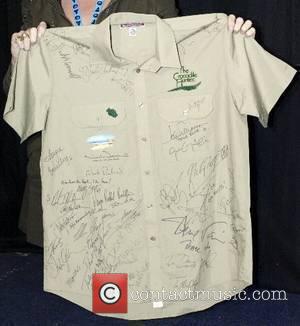