Steve Jobs (February 24, 1955 - October 5, 2011) Steve Jobs was an American entrepreneur and inventor best known for being the chairman and CEO of Apple Inc., which developed products like the iPod.

Net Worth: Jobs net worth was around $7 billion at the time of his death (Forbes 2011)

Childhood: Steve Jobs was born in San Francisco, California, and was adopted at birth. With Jobs' adoptive father Paul Reinhold Jobs working as a mechanic, he would show Steve how to work electronics in his garage, sparking his interesting in technology. Jobs attended Cupertino Junior High and Homestead High School in Cupertino, California. Here he became friends with Bill Fernandez and Steve Wozniak, who had similar interests in technology.

Wozniak and Fernandez had started developing a computer board with, which Jobs soon got involved with. After high school, Jobs attended the expensive Reed College in Portland, Oregon which his family struggled to afford. He soon dropped out of college, but still attended creative classes such as calligraphy and slept on the floor of friends' dorms.

Career: Jobs took his first steps into the world of computing in 1972 when Atari offered Jobs a job as a technician after he presented them with a version of the game Pong that Steve Wozniak made, with them thinking Jobs had made it. In 1976, Wozniak invented the Apple I computer, which Jobs suggested they sell, so they and Ronald Wayne formed Apple Computer. Wayne soon left the company making Jobs and Wozniak the main co-founders of the business.

In the early 80s, Jobs took an interest in Xerox PARC's mouse-driven graphical user interface and later Apple Lisa was born. Jobs was later fired by Apple's board of directors but remained chairman, giving Jobs little incentive to go to work and so he later resigned entirely. Jobs returned to Apple in 1997 after founding NeXT Computer and buying Pixar, and Apple subsequently bought NeXT with much of the technology finding its way into Apple products. Apple would expand with innovative products such the iPod and the iMac computer.

Personal Life: Steve Jobs was known to be an eccentric character. Many of the Apple employees recognised him as a persuasive and charismatic director of Apple, although some described him as erratic and temperamental. After returning from travels in India during the mid-1970s, Jobs experimented with psychedelics, later describing the use of them as one of the most important things he'd done in his life.

Jobs passed away in the early hours of the morning on October 5, 2011, from a relapse of his islet-cell neuroendocrine pancreatic cancer, causing a respiratory arrest. Continue reading: For Michael Fassbender, Playing Steve Jobs Was A No Brainer Steve Jobs Movie In Turmoil As Sony Pulls Out, Universal On The Prowl Continue reading: Steve Jobs Movie In Turmoil As Sony Pulls Out, Universal On The Prowl

Seth Rogen is being eyed for the role of Steve Wozniak in the high-profile Jobs movie.

Seth Rogen is the first-choice to play Apple co-founder Steve Wozniak in Aaron Sorkin and Danny Boyle's Steve Jobs movie. Jessica Chastain is also being sought for a notable role in the movie, which stars Christian Bale as the late entrepreneur.

Christian Bale will play Steve Jobs after Leonardo DiCaprio decided to take a break from acting. Sorkin has previously confirmed the movie will be divided into three long scenes, each taking place backstage before one of Apple's famous product launches. The first scene will focus on the launch of the Mac, while, interestingly, the second will follow Jobs as he unveils the NeXT - the cube like computer that he developed after leaving Apple and a machine used by Tim Berners-Lee to write the first web browser. The final section of the movie will focus on the iPod. Hey UK, You Can Now Rip CDs and DVDs Without Going to Prison 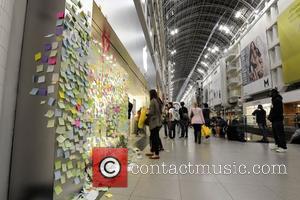 Steve Jobs Dolls Prove To Be A Big Hit Online 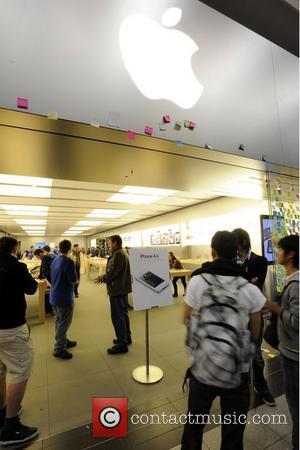 Is Apple About To Introduce A Remote-free Tv?